As President-Elect Joe Biden and Vice President-Elect Kamala Harris assemble the people, resources and programs that they will bring to the White House in January, they will create tremendous possibilities and opportunities for all Americans. This is true even for those who did not vote for them.

In the Biden-Harris ticket and eventual administration, America sees itself comprehensively reflected. America is a diverse country and, though Joe Biden and Kamala Harris do not tick off all of the boxes, between them and their families, they represent more than any previous administration in history. 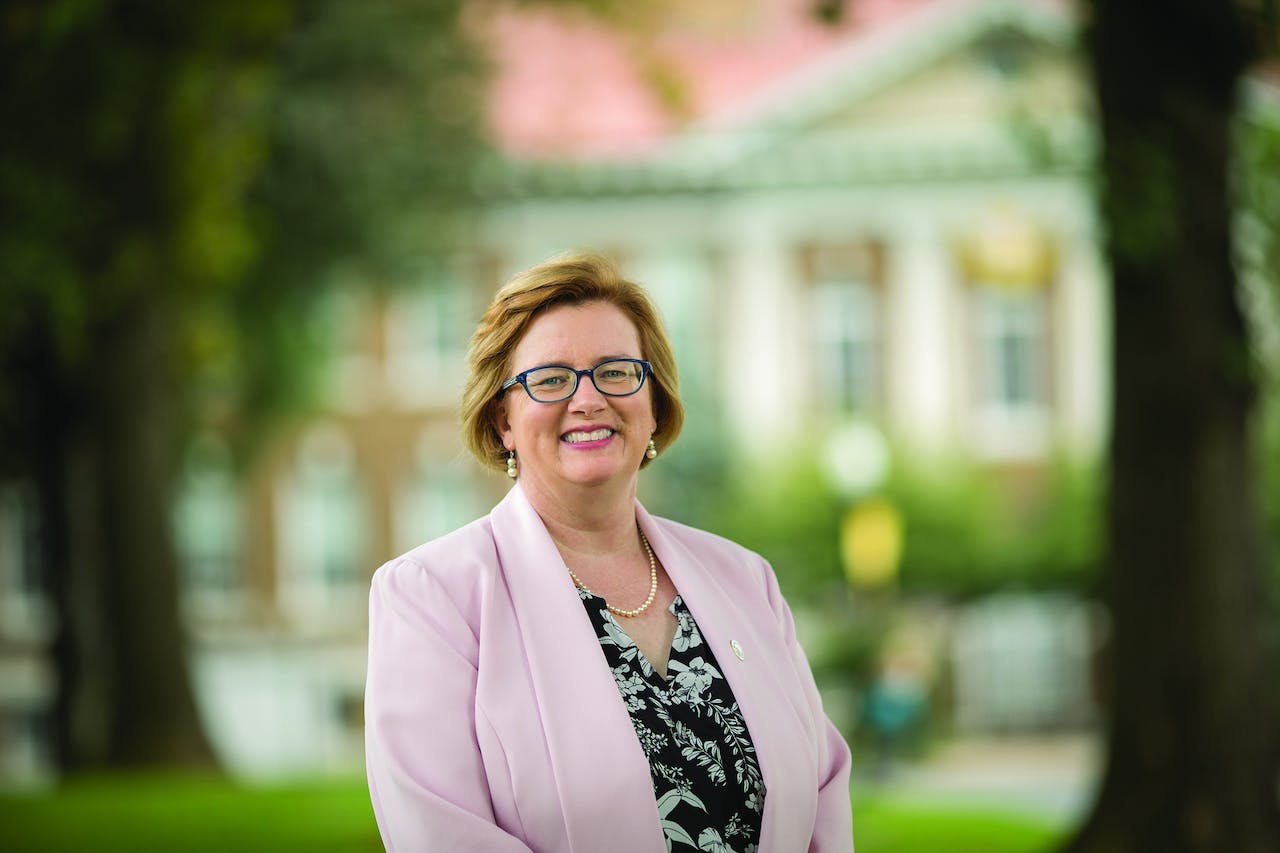 Representation matters. One of the secrets to the success of women’s colleges and HBCUs is that their students see people like them in every leadership position possible. When people have said over the centuries that women or Black Americans cannot do something, what they have always meant was that they had never seen women or Black people doing the job in question. Yet.

As an educator and president of a women’s college, I have witnessed great change over the years. As a child of the 1960s, I only knew women to be teachers, secretaries, or nurses. Over my lifetime, women have entered professions and risen to positions falling just short of the highest in the land. I have seen how important it is for a young woman to see other women embracing new roles and doing jobs that other women have not yet done because it expands the possibilities that she imagines for herself.

Personally and professionally, Kamala Harris presents a particularly powerful example of the nature and the promise of America. It is significant that she obtained her undergraduate education from an HBCU and that her mother, a noted biomedical scientist, had earned her undergraduate degree at a women’s college. Harris has talked about the experience of being raised by an incredibly accomplished woman who came to the United States as an immigrant and has stated that it was her mother’s example that opened up a world of possibilities for her and her sister. Her late mother both helped her imagine–and provided a role model and exemplar of the fact—that anything was possible.

Vice President-Elect Harris’ own identity resists the kind of easy categorization that people prefer: White or Black or Asian or Hispanic. As the child of a Jamaican father and an Indian mother, Harris defies the box altogether. She is proudly Asian, proudly Black, but genuinely American in the melding of heritage and experiences.

The diversity she brings is not just an asset for young women of color, but is also something powerful and good for all of us and for our country. This is because broad representation in our leadership matters. The informed viewpoints and richer perspectives increase the likelihood that these experiences may be reflected in the creation of public policy decisions that benefit all Americans. When the perspectives and the needs of only a portion of the population are the focus of policy, all of us lose out, even those in the privileged minority or majority.

The truth is that, as people, we share more experiences and characteristics than we don’t share. In fact, people are sometimes surprised upon learning about just how much we do share with each other. That’s why a more expansive approach to policy is more likely to benefit more people.

Indeed, if we take a closer look at a person who may be considered “an average white male voter” we may see that he shares needs, desires, life experiences that actually reflect more in common with someone like Kamala Harris than with somebody like Mike Pence.

Maybe it is the experience of being raised by a single mother, for example. Or he may have a spouse with a diverse background, perhaps he’s married to someone of mixed-race heritage. So that type of typical White male benefits from a more expansive approach to policy because it represents and includes a broader human understanding of what it means to be American.

There has been a fear articulated by some who had opposed a Biden/Harris ticket that their leadership would serve only to benefit the interests of “other” Americans. We should consider why this is not true.

It is worth noting that, often, legislation that is designed to help one group actually ends up helping many others. One example is the decision that municipal officials in many American cities and towns made (in some cases more than a generation ago) to install curb cuts in places where the sidewalk meets an intersection in the road. The original purpose was to help people in wheelchairs or others who had mobility issues—an important but not significantly large segment of the population.
It is notable that some people complained about these sidewalk ramps at the time. But it turned out that many others benefited from them–parents pushing strollers, children riding tricycles and bicycles, elderly people, some with walkers or canes. Legislation that may seem to be of benefit to a narrow portion of society often ends up benefiting many others, as well. An administration led by people who understand that, as a society, we share so much with each other, is not a bad thing.

In President-Elect Biden we see the promise of growth and change. A more traditional white male in positions of power and leadership for half a century, Biden has evolved along with his country. From opposing busing as a U.S. Senator–the impact of which was felt by Kamala Harris, as she famously noted in their first debate appearance together–to choosing a child of those integration efforts as his running mate, Joe Biden has embraced a richer fabric of American life and experience. Far from being threatened by it, he is empowered by it.

This is an important aspect of his political leadership as he has voiced his desire to apply lessons he has learned from his experiences, from losses and from victories alike. It takes a lot of guts to grow and mature in the public eye and he has done this.
We have every reason to take Joe Biden and Kamala Harris at their word that they will be the president and the vice president of all Americans. So many Americans can look at this new leadership team and see themselves reflected and represented, and this is quite remarkable.

The impact of seeing the past, present and future of America, and the great breadth and depth of American identity soon resident in the People’s House, is both overdue and historically significant.