Janet Napolitano, former University of California president and first woman in that role, has been given the American Council on Education’s (ACE) Lifetime Achievement Award. 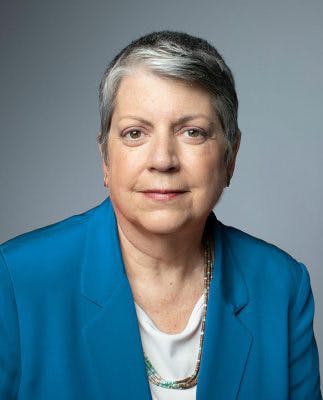 Napolitano is currently a professor of public policy and director of the Center for Security in Politics at The Goldman School at UC Berkeley.

During her time leading UC, Napolitano launched an initiative to quicken the translation of UC research into businesses and inventions and established reforms to preventing and responding to sexual harassment and assault.