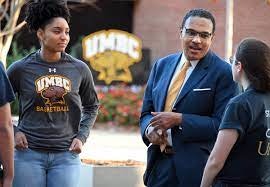 He’s one of the nation’s most prominent and recognized college presidents. And now, after 30 years at the helm of the University of Maryland, Baltimore County, Dr. Freeman A. Hrabowski III has announced that he will retire at the end of the 2021-2022 academic school year.

“We have shown the country that we are a model of inclusive excellence,” said Hrabowski, who pioneered the Meyerhoff Scholars Program at UMBC to increase the diversity of STEM leaders. The model has been successfully replicated across the nation. “UMBC is just 55 years old, but we have worked very hard to make history. And we will always be a part of this nation’s history because we produce leaders, including thousands of teachers, lawyers, social workers, and entrepreneurs shaping our communities," he said.

Hrabowski has the data to prove his success.

During his tenure, UMBC has increased in enrollment from just over 10,000 students to nearly 14,000 students and more than doubled the number of degree programs offered. The school has graduated more than 1,400 Meyerhoff Scholars with STEM degrees. More than 800 have already earned graduate or professional degrees. According to NSF data, UMBC is now the nation’s top producer of Black graduates who go on to earn a Ph.D. in the natural sciences and engineering.

“The UMBC story is one of excitement about learning and learning how to work with people different from oneself,” said Hrabowski who announced his retirement via a video. “We are saying to the country and to young people that you don’t have to be rich to be the very best. Middle class institutions can produce some of the best thinkers in the world.

Hrabowski grew up in segregated Birmingham, Alabama and was classmates with former U.S. Secretary of State Dr. Condoleeza Rice. He was featured in the documentary “Four Little Girls,” by Spike Lee, recounting his involvement in the civil rights movement as a child activist.

He graduated from Hampton Institute with highest honors in mathematics, and earned his M.A. in mathematics and Ph.D. in higher education administration/statistics from the University of Illinois at Urbana-Champaign.

Hrabowski is known for his mentorship of younger scholars, particularly those aspiring for leadership positions within the academy.

“Dr. Freeman Hrabowski III is a towering figure in higher education. He is a brilliant scholar, leader, and mentor,” said Dr. James L. Moore III, the vice provost for diversity and inclusion at The Ohio State University and the Education and Human Ecology Distinguished Professor of Urban Education. “His body of work reflects the strong traditions and excellence instilled in him, at an early age, by his community in Alabama. As a South Carolina native, his story and journey resonate deeply with me and many other Black folks from the South and beyond.”

Moore said that although Hrabowski is retiring, “I am confident that his contributions to society will live forever.”

Like Moore, Dr. Curtis D. Byrd, special advisor to the provost for diversity, equity and inclusion at Georgia State University credits Hrabowski with building “one of the seminal frameworks of academic pipeline programs with the Meyerhoff Scholars program.”

Hrabowski wrote the foreword to the book Academic Pipeline Programs: Diversifying Pathways from the Bachelors to the Professoriate, which Byrd co-authored with Dr. Rihana Mason.

“We felt his efforts aligned with our mission of illustrating initiatives that support underrepresented groups diversifying the academy,” Byrd said, adding that Hrabowski is slated to appear on a Sept 16th webinar to discuss the book.