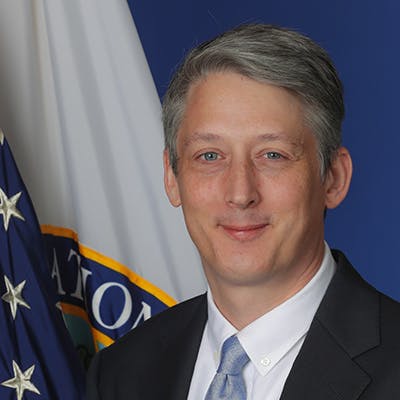 Higher education advocacy organizations weigh in on what Kvaal’s appointment could mean.

“Under Secretary Kvaal’s confirmation is long overdue and very welcome,” said Dr. Terry Hartle, senior vice president of government relations and public affairs at the American Council on Education, a nonprofit higher education association with members from about 1,700 institutions across the country. “This is the single most important policy position in the federal government for dealing with issues related to students, colleges, and universities.”

“To do those things, you need an effective and efficient policy operation inside the Department of Education,” said Hartle. “Without the Under Secretary, you don’t have one.”

Kvaal previously served in the Department of Education and White House during the Obama administration. Most recently, he was president of The Institute for College Access and Success (TICAS), a nonprofit organization that conducts research and advocates for higher education affordability, accountability, and equity.

“We are excited to work with Under Secretary Kvaal and his team as they work to make college more affordable for all students, close equity gaps in college attainment, and hold low-quality colleges and programs accountable,” said Richard Kazis, interim president at TICAS.

Under the Obama administration, Kvaal worked on such areas as tightening for-profit college regulations, especially around predatory lending practices, and expanding income-based repayment programs for student loans. That deep experience in Washington is key, experts say, to Kvaal’s anticipated effectiveness at getting Biden’s higher education agenda up and running.

“The White House isn’t an unknown factor for James,” said Peter McPherson, president of the Association of Public and Land-grant Universities, a higher education advocacy organization representing 245 public research universities, land-grant institutions, state university systems, and affiliated organizations. “That’s a huge advantage. Many of the Obama people are in the Biden administration, so those relationships from his Department of Education and White House experience all fit. Plus, he’s a smart and capable person who listens. We just wish he could have been here sooner.”

On why Kvaal’s nomination as Under Secretary in February took months to be confirmed, Hartle summed up the problem and what has been at stake.

“Politics, politics, politics. That’s all it was,” said Hartle. “First, some progressive Democrats delayed his nomination, seeking assurances, such as for student aid programs. Then some Republicans held him up, seeking their own assurances. Eventually, Senate Majority Leader Chuck Schumer had to invoke cloture, which isn’t done very often.”

Cloture is a procedure in which the Senate can vote to end a debate without rejecting the item that is being discussed. Yet Hartle argued that from the start of his nomination, Kvaal’s fitness for the role and respect among colleagues were unquestioned.

“It’s terribly disappointing that for someone so qualified, it was so necessary,” said Hartle on the cloture. “It was never about James. It was about things that the Biden administration might or might not do. And about Republicans and Democrats jockeying for positions. As a result, the Biden agenda has been delayed. So, some of the things that are widely popular on both sides of the aisle, like fixing student loan repayment, have also been delayed.”

“James is a systems thinker. He sees how a postsecondary education agenda intersects across government agencies, such as commerce, labor and industry, health and human services,” said Stout. “That excites me, especially as a community college advocate, because I see the need to link future talent development with the labor and industry agenda.”

She noted that community colleges are key to job training and education across the country. One way to address the ongoing labor shortage, Stout argued, is to bring more people into the work pipeline through community colleges. Kvaal’s recognition of those sorts of connections between higher education and different parts of government stand out to her.

“James provides for most of us in higher education a sense of optimism that he will address these longstanding issues that have been brought to the fore with a new sense of urgency because of the pandemic’s disparately negative impact on communities of color,” said Pasquerella.

Doubling the Pell Grant is one top equity item on Pasquerella’s agenda as well as that of her peers, including Dr. Barbara Mistick, president of the National Association of Independent Colleges and Universities (NAICU). NAICU represents private, nonprofit colleges and universities across the country.

“Double Pell,” said Mistick. “Knowing James’s commitment to access and affordability, I’m hoping that he will be a strong advocate for some of those policies that can get lost. It’s so easy to look at a new program, at something shiny, and Pell has been around for 50 years. But there are millions upon millions of people who have had Pell grants and wouldn’t be in the positions they are in today without that support.”

Dr. Antonio Flores, president of the Hispanic Association of Colleges and Universities (HACU), said he is eager for more support to Hispanic-Serving Institutions (HSIs) as well. HACU represents existing and emerging HSIs, and the organization’s members include more than 500 colleges and universities in the U.S., Latin America, and Spain.

“We at HACU commend the Senate for confirming Mr. Kvaal,” said Flores. “I think Mr. Kvaal and Dr. [Miguel] Cardona will complement each other well with their slightly different backgrounds. Cardona has a strong K-12 understanding and Kvaal has a successful track record with postsecondary education. That’s a great team right there.”

Kvaal is coming on board as Congress debates President Biden’s infrastructure proposal. Many higher education advocates like Flores are closely watching what will happen next.

“We’re excited about the proposed investments in higher education institutions, specifically HSIs, because they are so behind the curve when it comes to federal funding,” said Flores. “For us, this will be the first test for Congress in supporting what can really make a huge difference: investing in colleges and universities that provide the necessary credentials for the backbone of our labor force.”

Michele Siqueiros, president of the Campaign for College Opportunity, a nonprofit that works on higher education access and affordability in California, lauded the confirmation of Kvaal and noted the presence of Dr. Michelle A. Cooper as the Deputy Assistant Secretary for Higher Education Programs and Acting Assistant Secretary for Postsecondary Education in the Department Education.

“Our hope is that James, Michelle Cooper, and Secretary Cardona will change the environment and stop asking young, low-income students and people from families that have systematically been excluded from education to climb Mount Everest,” said Siqueiros, referring to how the few marginalized students who attend prestigious universities are often praised as defying the odds.

“Instead of celebrating the one who made it, why don’t we actually intervene and change it so that this isn’t an anomaly?” she added. “So that a low-income student of color from any neighborhood actually does have an equal shot.”