In the wake of the release of the $3.5 trillion reconciliation bill in the U.S. House of Representatives, the United Negro College Fund has called on Congress to improve the legislation to more positively impact historically Black colleges and universities (HBCUs).

In a show of solidarity, the presidents of the 37 member HBCU institutions which comprise the UNCF membership signed a letter to congressional leaders on Friday to outline their recommendations, including increasing the funding for research and development (R&D); establishing and protecting specific funding for HBCU R&D infrastructure; supporting R2 institutions in their effort to become R1 institutions; and moving forward on the HBCUs IGNITE Excellence bill. 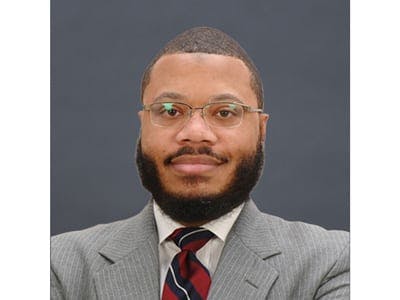 “In my 17-year tenure at the helm of UNCF, I have seldom seen 100% of our membership band together like this to show Congress exactly how much we want them to improve their HBCU and MSI (Minority serving Institutions) provisions,” said Dr. Michael L. Lomax, president and CEO, UNCF. “Every UNCF-member HBCU supports improving the current reconciliation bill. As it’s currently written, well-resourced institutions with large endowments that meet minimum requirements to be considered MSIs can compete against HBCUs—HBCUs which have been systematically underfunded since their inceptions—making them all vie for a relatively small pot of funding. There is no way HBCUs should be forced to compete against research-intensive institutions. Making the few alterations for which our presidents call would be easy fixes for Congress that would gain it support and acclaim for the legislation.”

“Never before has any president put HBCUs central to such transformative plans,” he said. “However, the U.S. House bill departs from the Administration’s plans dramatically. HBCUs are standing with President Biden and HBCU Caucus chairwoman Rep. Alma Adams (D-NC) in asking for like institutions to compete against their own kind—apples to apples—just as in the three major COVID-19 stimulus packages.”

Murray noted tha HBCU funding must have “guard rails” around it.

“If Congress follows through on our proposals, the legislation will bolster the economy, American families, and our communities,” he said. “Ensuring that HBCUs—with their near $15 billion annual contribution to our national economy—are fairly treated and viewed as part of that necessary Build Back Better agenda is sound governmental policy that everyone should and can support.”