Are Higher Ed Groups Backing Away from Push to Double Pell?

While many higher education advocacy groups are praising the Biden administration’s framework for a $1.75 trillion reconciliation package, there appears to be a noticeable shortcoming in the proposed legislation: a measly increase in the federal Pell Grant program.

The United Negro College Fund (UNCF), Thurgood Marshall College Fund (TMCF) and other advocacy groups, had been leading the public charge on doubling Pell, the largest federal grant program offered to undergraduates to assist students from low-income households. But those public outcries appear to have soften in the wake of the Biden administration’s most recent proposal. This strategy appears to be in stark contrast to the tough rhetoric that was directed at President Obama during his two terms in office. Publicly and privately, HBCU leaders bemoaned the fact that Obama had not done enough to champion key programs like Pell. 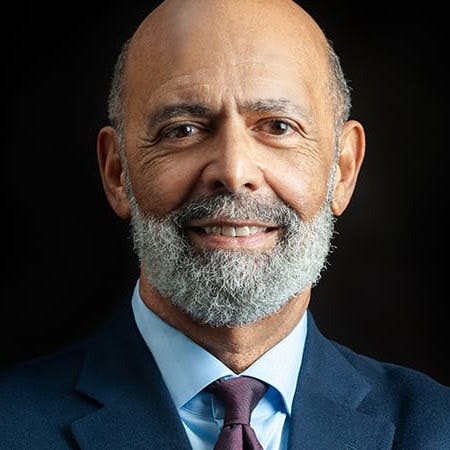 “Increase the Pell Grant, Mr. President,” bellowed Dr. Michael L. Lomax, president and CEO of the United Negro College Fund in a 2015 interview with Diverse. “Well, you say he can’t do it by himself, but he isn’t even recommending it. Recommend it in your budget every year. Advocate for it. Fight for it.”

Unlike a loan, a Pell Grant does not have to be repaid, except under certain circumstances. The maximum award is currently $6,345, hardly enough to assist most  low-income students attending Historically Black Colleges and Universities (HBCUs) and other Minority Serving Institutions (MSIs).

“HBCUs are convinced that we have been heard by the Biden-Harris White House in this process,” said Lomax in response to The White House's proposal. “As legislative details unfold, we are increasingly encouraged and feel much more positive about our position in the Build Back Better agenda. On behalf of HBCUs and students coming from low-to-moderate income backgrounds everywhere, I call on Congress to pass both the bipartisan infrastructure bill and secure the final reconciliation product rapidly, around which our students and institutions can truly rally.”

“The Build Back Better Act represents a truly historic investment in HBCUs and their students,” said Williams, president and CEO of TMCF and the former president of Delaware State University. “Over the last several months, TMCF and the greater HBCU community have made our priorities clear to the administration and Congress, including prioritizing investing in research infrastructure at HBCUs and ensuring that HBCUs are not competing with better-heeled Minority Serving Institutions for funding.”

Williams and Lomax point to the benefits of the proposed legislation, including $6 billion to Title III and Title V, with $2 billion guaranteed to HBCUs and $1 billion for research and development available to HBCUs via the U.S. Department of Agriculture

But what about the doubling of Pell, which had been a critical talking point in the push to help HBCUs and other Minority Serving Institutions?

“While any increase in the Pell Grant is helpful, and including DREAMers is an excellent step forward, the fact remains that a $550 increase is wholly inadequate,” said Patricia McGuire, president of Trinity Washington University, an MSI located in the nation’s capital. “At a time when the enrollment of low-income students of color in college is dropping precipitously due to the pandemic, the Biden Administration needs to step up with a much bolder solution to make a real difference for racial and social equity for impoverished students.”

“These grants went to students with acute needs that will continue well beyond the pandemic moment,” she said. “While 70% of our students receive Pell Grants, the volume of HEERF support far outstrips the volume of their Pell Grants, and illustrates how much more investment needs to be done on a continuous basis to keep our students enrolled.”

Denise Forte, interim president of The Education Trust,  said that more has to be done in order to scale the essential investments made in the bill.

“In particular, the absence of a federal-state partnership to create a pathway toward debt-free college is deeply disappointing and will mean the American Dream remains a dream deferred for too many,” said Forte. “This bill leaves more to do to ensure students of color and students from low-income backgrounds have the same chances at educational success as their peers. We will continue this work with Congress, the administration, and our advocacy partners during this legislative process and beyond, and appreciate and understand the compromises required to produce this bill.”