AAUW's CEO Gloria Blackwell: "There Needs to Be A Reckoning." 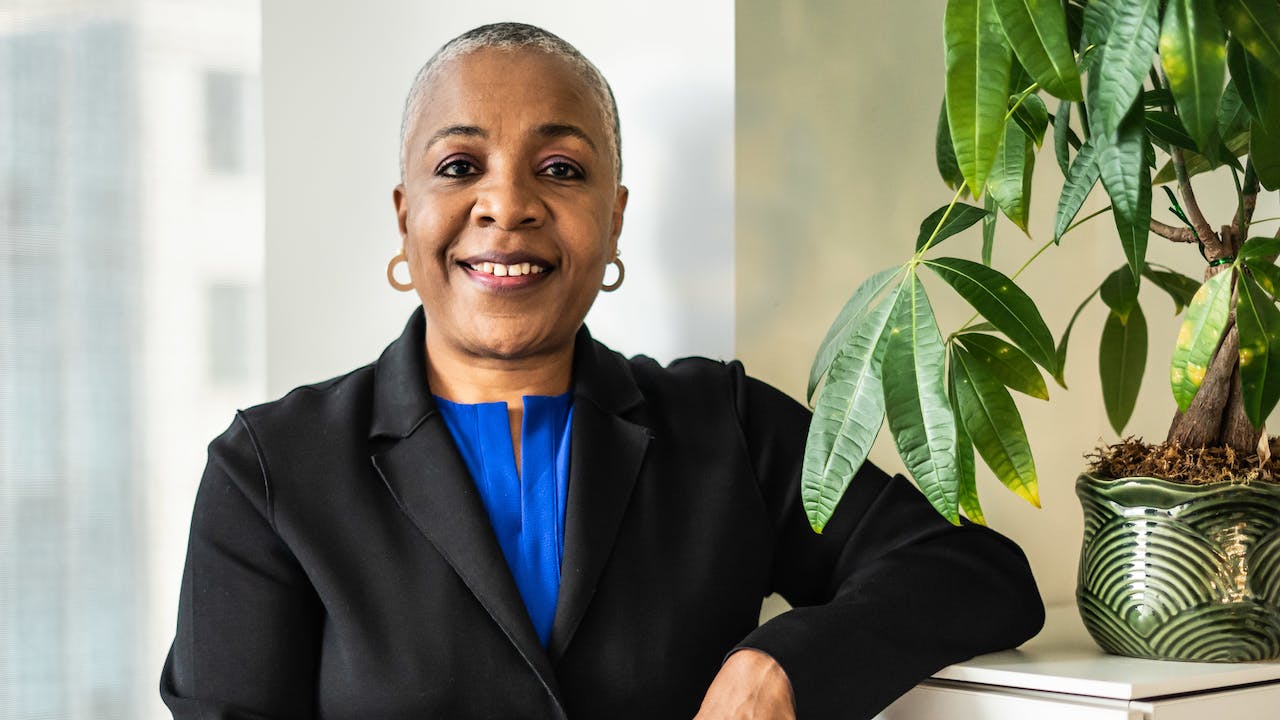 Gloria Blackwell, CEO of the American Association of University Women (AAUW)Dee DwyerIn 1986, Gloria Blackwell arrived ambitious and bright-eyed in Cameroon to teach as a Peace Corps volunteer. She had recently graduated from Georgetown University, raised to see herself as an equal to men. Yet Blackwell found herself the only female teacher among about a dozen male colleagues at a rural school in the West African country. Quickly, she realized that her gender was viewed as lesser.

“I entered a space where I wasn’t listened to because the men were really in charge,” said Blackwell. “I wasn’t given much special preference as an American either because, at the end of the day, I was still a woman. I was more or less treated the same way that women at that time were treated in that part of the country. It opened my eyes.”

Before the Peace Corps, Blackwell thought that she would embark on a career in government as a diplomat. But Cameroon fueled what has become a decades-long career and drive to break barriers for women and girls in international education, particularly among women of color like herself.

“Until you experience something like that first-hand, they are abstract concepts,” said Blackwell on her time in the Peace Corps.

At AAUW prior to becoming CEO, Blackwell led several of the organization’s signature programs, including its salary negotiation trainings, which reach about 190,000 people nationwide. For 15 years, she managed AAUW’s fellowships and grants program, which gave more than $70 million to female scholars and programs in the U.S. as well as internationally.

Before AAUW, Blackwell was the director of Africa education programs at the Institute of International Education (IIE), where she worked for about a decade. There, she managed fellowship programs. She received her master’s degree in education and human development from the George Washington University, and she earned her bachelor’s degree in international affairs from Georgetown University.

“I’m so thrilled that she has this position,” said Vagins on Blackwell as CEO. “She has had a lifelong commitment to gender equity and looking at it through access to education. She has focused her career on both global and domestic education issues, so this has really been at the heart of who she is.”

She recalled as well how Blackwell “comes alive” whenever talking to student leaders at AAUW’s annual conferences. Vagins added that Blackwell takes an intersectional approach to educational equity to drive the organization’s next steps.

In 2007, Dr. Esther Ngumbi was named an AAUW fellow to help her graduate studies as one of the few Black women pursuing science. The opportunity meant that Ngumbi worked closely with Blackwell.

“I consider AAUW like a family,” said Ngumbi. “Everytime I’m in Washington, D.C., I stop by and see the entire team, saying hello to Gloria. She will ask how I’m doing and about my career. It’s amazing to have that, a place that cares about you over the years, no matter what. I think that’s what women in STEM need: that family.”

Today, Ngumbi is an assistant professor of entomology and African American studies at the University of Illinois at Urbana-Champaign, and she credits Blackwell as well as AAUW for “steadfast support.”

“I enjoy seeing her now as a CEO, especially as a fellow Black woman and how few of us are in positions of power,” noted Ngumbi. “And yet she remains humble. She has that powerful voice that has not lost her sense of purpose. Many people who climb the ranks get blinded by the privileges that come along with that. But she remains true to her calling, which is to continue to empower many, many more women.”

For American higher education, Blackwell said the industry continues to lack women in leadership, especially women of color. Yet at the end of the 2020-21 academic year, women made up 59.5% of college students and men 40.5%, according to enrollment data from the National Student Clearinghouse, a nonprofit research group.

“It is very troubling to us that higher education is still a space where women seem to be confined to nontenure-track positions,” said Blackwell. “Women of color still have the same challenges that were identified decades ago regarding ascending to the presidency. A number of high-level positions remain elusive.”

“There needs to be a reckoning of why a kind of innate sexism, gender discrimination, and not to mention racism still persists on our college campuses,” said Blackwell. “Women are not seeing themselves as leaders, and I think that has a direct impact on the administration and leadership at these institutions.”

Last year, AAUW also piloted a program for high school girls in STEM areas, particularly for Black girls and Latinas. Blackwell said that the program additionally trained the girls’ parents and caregivers, reaching about 600 girls and 350 of their caregivers last year. Recently, AAUW received additional funding to expand this program.

“I am someone who every day thinks about why I am here, whom I serve, and what the goal is,” said Blackwell. “We are here to ensure access. We are here to ensure that women and girls through the funding we offer are able to be successful and meet their own goals. And when we fall short, we can have a negative impact on someone’s ability to change their own lives and others’ lives. I am here to serve.”