Come on People! What’s the Big Deal about a President Welcoming Students Back to School?

By Dr. Marybeth Gasman Ronald Reagan did it, George H.W. Bush did it, why can’t Barack Obama?  Why can’t public school children listen to our president welcome them back to school?  I’ll admit that I was not the biggest fan of our last president, but I would not have a problem with him speaking to school children — reading a book to them, talking to them in front of their classroom, giving them a welcome back to school speech.   As an historian, I think it’s important and meaningful for children to see their president and hear what he (or she) has to say.  They don’t have to agree with him — they can put their heads down, for that matter — but they should have some exposure to the leader of our country.  After the speech, teachers could tease out the ideas and ask the students to debate them — we do want our children to think critically, right?  Or, if the speech is what the White House says it is, teachers can just continue with the first day of school — motivated by the words of the president.  Barack Obama is a man, who despite many obstacles, made it to the presidency.  His journey to the White House, educational achievements, and role as a father are certainly ideals that we can all admire as citizens of the United States.  He is the embodiment of the American dream. So, why would someone object to President Barack Obama delivering words of welcome to our nation’s young people?  I can think of only two reasons and they both begin with “P”:  extreme partisanship or prejudice.  Although Obama ran on a platform of bringing people together, he is a figure that can be easily used to polarize people.  In addition, since Obama became president, we have seen prejudice and racism rear their very ugly heads way too many times.  People who have benefited from the status quo are scared that their way of life may change.  The president has been accused of being a Communist, a Socialist and the like for proposing that we “be our brother’s keeper,” that we take care of one another in this nation of ours.  Interestingly, this is a similar message thatwe give our children in school.  We tell them to be kind to one another, to treat each other with respect, and we discourage bullying.  I know my 10-year old daughter is graded on her treatment of others and respect for diversity in the Philadelphia public school system. Presidents have influence that can be used in good and bad ways — we have seen this throughout history.  Motivating our young people to stay in school and pursue college is a good and is vitally important given our high dropout rates and need to increase college enrollment. The positive aspect of all of this Obama speech hub-bub is that most liberals and conservatives agree that it’s fine for the president to welcome students back to school with a speech.  It’s typically those at the fringes (regardless of party) that have issues with these kinds of actions.  Those in my friend circle — Democrats and Republicans alike — think it’s not only appropriate, but, in fact, patriotic to listen to our president on the first day of school.   An associate professor of higher education at the University of Pennsylvania, Dr. Gasman is the author of Envisioning Black Colleges: A History of the United Negro College Fund (Johns Hopkins University Press, 2007) and lead editor of Understanding Minority Serving Institutions (SUNY Press, 2008). 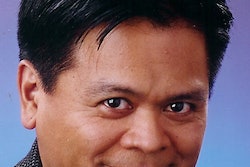