A Crisis in Black Studies at Temple University 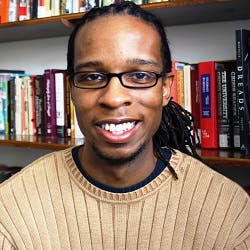 In the last few days, the graduate students in the Department of African American Studies (AAS) at Temple University have dispatched a carefully written letter to thousands of faculty across the nation in an effort to publicize what they call “a crisis.”

Indeed, there is a crisis in this department, at this university. And now, sadly, both of my alma maters—Florida A&M University (hazing) and now Temple University—are embroiled in crisis. These emergencies have emerged in the midst of joyous anniversaries: 125 years of existence this year at FAMU and 25 years of the doctoral program in AAS at Temple in 2013.

As Temple is about to celebrate the 25-year anniversary of the nation’s first African-American Studies doctoral program, its AAS department is reeling without a permanent chair, without plans to hire a permanent chair. This state of affairs has left the “department in a state of uncertainty,” to use the students’ words.

The longtime chair of the department, Nathaniel Norment, retired in July. The faculty voted in the spring for Kariamu Welsh to succeed him, beginning this fall. This choice was rejected by the dean of the College of Liberal Arts, a rejection we all know rarely happens in academe. But it happens, and it is within the purview of a dean’s powers.

Hearing about this distressed me. One thing AAS academics lament about pretty regularly is the way deans tend to micromanage AAS departments in ways they do not do other “mainstream” departments.

Based on what happened next, my mild distress quickly transformed into extreme uneasiness. You would think, the dean would appoint a faculty member in the department to serve as interim chair for the 2012-2013 academic year, and then conduct a national search for a chair. That is the usual procedure in other departments. But not African American Studies.

With serious reservations, I could understand appointing this unqualified interim chair with concrete plans to quickly hire a permanent qualified chair. Many interim chairs are unqualified, which is why they have the interim title.

However, it is inconceivable to me that Temple University, or any other university for that matter, would appoint an administrator with a scholarly background in English as interim chair of its history department with no plans to hire a permanent chair. That would never happen in history or any other “traditional” discipline. That only happens in Black Studies, or other marginalized disciplines.

If the inconceivable happened in a history department or sociology department, those historians or sociologists would go on the rampage. They would demand a chair with a background in history or sociology, which is exactly what the faculty and students at Temple are doing.

The graduate students have issued five demands: a search for a new chair for fall 2013, transparency from the dean’s office in dealings with AAS, support for democratic departmental processes, “consistent resource allocations to our department,” and an investigation of the dean.

This crisis at Temple University of all places may be bewildering to you. As you know, Temple University has prided itself and identified itself by its diversity. But in this case, it is undercutting its pride and joy, devaluing its identity by allowing this crisis to persist in its nationally renowned African American Studies department.

As the graduate students penned, “The many unjust experiences illuminate a grave paradox and contradiction for the University concerning the diversity which it goes to great lengths to promote and seek.”

Temple University is at a crossroads. What will it do? Will it turn its back on these graduate students’ demands, turning down a dead end of hypocrisy in the midst of its projections as Diversity University? Or will it turn down the road of resolution to end this crisis before this department celebrates its golden anniversary next year?

These are the moments when our universities show us whether they are truly committed to their diversity statements.

Dr. Ibram H. Rogers is an assistant professor of Africana Studies at the University at Albany — SUNY. He is the author of The Black Campus Movement: Black Students and the Racial Reconstitution of Higher Education, 1965-1972 (Palgrave Macmillan, 2012).