In a year filled with band scandals and mediocre football teams, there have been few bright spots in HBCU football. Winston-Salem State has been one of them. The Rams have completed back-to-back undefeated regular seasons, won the CIAA title both years, and made it to the national semifinals of the Division II football playoffs in 2011. 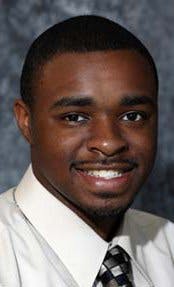 Saturday, the team hosted and won its fourth playoff game in two years, defeating Shippensburg 37-14. This Saturday the Rams will host Indiana University of Pennsylvania in the third round of the playoffs. Despite having earned home-field advantage as a number one seed, however, that may be the last playoff game in Bowman Gray Stadium for a while, even if the Rams win.

The Winston-Salem Journal‘s John Dell reports that should both WSSU and fellow No. 1 seed Colorado-Pueblo both win their games this week, the Rams may be forced to go on the road due to low attendance figures in the playoffs.

Just over 3,200 fans showed up at Bowman Gray Stadium to watch the Rams defeat the Red Raiders. That’s a particularly troubling number, considering that the stadium holds more than 20,000 fans.

“It’s very frustrating,” said Bill Hayes, WSSU’s athletic director. “We’ve done a lot of work in the community and with all various types of agencies, and we were disappointed at the turnout. That’s all I’m going to say.”

And the Rams weren’t the only HBCU to perform in front of a sparse playoff crowd last week. Just fewer than 5,500 fans showed up for Bethune-Cookman’s opening-round loss to Coastal Carolina in the Division I FCS playoffs. Municipal Stadium has the capacity to seat 10,000.

To be fair, these games were played over the Thanksgiving holiday, and many students were away from campus. But to be frank, unlike most (non-classic) regular season games, the students would have had to have paid to get into the games. Students were charged $10 to enter the game, as the NCAA controls pretty much the entire show during the playoffs. I’m sure there would’ve been a large contingent of students who would sit in their dorms on campus rather than pay $10 to see their team play in sub-50 degree temperatures.

Even with the low student turnout, there’s no excuse for such low attendance. Not with all the alumni, faculty and members of the community that have connections to both of these institutions. Until the HBCU community shows that they value the product that our teams put on the field, we shouldn’t expect the sports world at-large to.

In addition to playoff games, some of the popular HBCU football classics also reported decreased attendance in 2012. According to an HBCU Lifestyle report, three of the top five HBCU Classic games saw their attendance drop. Indianapolis’ Circle City Classic, which features North Carolina Central University and South Carolina State, was once one of the most popular HBCU games but hosted a record low 18,000 fans in the cavernous Lucas Oil Stadium this year. The other classics reporting declined attendance featured Florida A&M University, whose band was suspended following hazing reports earlier this year. With the band missing, many people anticipated a decline in attendance at these classics.

Steven J. Gaither is an award-winning college journalist and graduate of Winston-Salem State University. He is also the founder of HBCUGameday.com