A Realistic, Pro-Active Approach to Eradicating Hazing for Greek Organizations 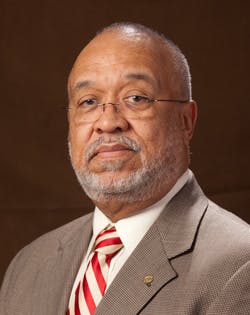 As the general public is acutely aware, hazing by fraternities continues to be an ongoing problem for college and universities. And although some progress has been made in recent years—only six states have yet to pass some form of anti-hazing legislation—the reality is that it is still fairly common on many campuses.

Experience has shown time and again that simply having formal policies in place does not necessarily change behavior. Such is the case with many Greek letter organizations, including the one that serves as the focus of this commentary—Kappa Alpha Psi.

Like most Greek letter organizations, Kappa Alpha Psi has attempted to insulate itself from the inherent liabilities associated with hazing by developing, supporting and publicly advocating the appropriate risk-management position. At the same time, this strategy has not instilled within the membership a valid understanding of why hazing is not an acceptable practice.

There is a huge difference between setting up a system that can withstand a legal challenge and actually pursuing a course of action that will deal with the core problem. It is possible to protect the organization while implicitly preserving and even reinforcing a practice that should be eradicated. In fact, this seems to be exactly what is happening with the hazing issue.

Most of the strategies we currently have in place involve negative reinforcement; i.e., they tell students what they should not be doing as opposed to providing them with appropriate explanations and an alternate avenue for achieving the same end result. In other words, we seem to prefer a punitive rather than an educational approach.

It should also be kept in mind that there are qualitative distinctions between hazing in traditional White fraternities and those that are populated mainly by African-Americans. Complicating matters further is the fact that most studies on hazing have been carried out by Whites who were looking primarily at predominantly White organizations.

This is a nontrivial point. Most hazing incidents in White fraternities tend to be centered around alcohol, whereas hazing in African-American organizations often involves a desire to inflict bodily harm. Furthermore, White students go along with hazing because to them it is simply fun and part of the college experience. Those involved in the hazing may also be the ones who will help them pass an exam the following day.

Friendships are not often lost during this process.

By contrast, most African-American students were raised in a culture that emphasizes that anything worth having must be earned through hard work. These students come to college from neighborhoods where respect is seldom conferred on anyone outside the role of minister, police officer, or drug dealer. This insatiable longing for respect from their male peers has also been reinforced in the athletic arena—where winners take all and the fastest and the strongest reign supreme.

African-American men bring this same attitude to the Greek system—the desire for respect is often much stronger than their aspiration to complete a college degree. Returning home with Greek letters is something many African-American males are much more proud of than achieving an educational credential.

When a young African-American man comes to Kappa Alpha Psi seeking membership, he is first informed that our founders, and all those who came after them, achieved success through hard work and dedication. The fraternity’s beloved songs and poetry speak to the importance of extraordinary effort in reaching a goal that the common man cannot attain.

At the same time, our intake process only challenges prospective members with exams that even a remedial college student is capable of passing. Some barely pass the exam, but are great at handling a cane.

One of the greatest fears of many young men going through the intake process is that they be labeled a “paper member,” which signifies that they have only completed the formal process of initiation. A so-called “paper” is often ostracized on campus by fellow members, denied opportunities to represent the organization, and as well as deprived of the opportunity to run for chapter office.

Sadly, it is not uncommon for brothers to disrespect and call out a fellow brother in front of other Greek organizations if he has been labeled as “paper.”

There have been several instances where new brothers were not allowed to wear Kappa Alpha Psi paraphernalia until after they had been subjected to weeks of hazing, culminating with a probate show. In the eyes of the new members, only after this process has been completed are they truly worthy of being recognized as legitimate pledges.

As was clearly the well-publicized case of the band member at Florida A&M, even exceling in their special event or in the classroom is not sufficient without respect from their peers.
So what can be done to improve the situation?

We are optimistic that the deplorable practice of hazing can be effectively eradicated. This will not be easy; it is always immensely challenging to change any culture. But it is high time that we started to realistically and forcefully deal with the elephant in the room.

The following recommendations are based on over four decades of dealing with the problem of hazing. And while the focus of this commentary has obviously been on African-American fraternities, we feel that these guidelines would also be applicable to all Greek organizations:

· Publicize who is going through the intake process so that college administrators and faculty are aware of who is taking part in the initiation process. Heightened awareness can lead to greater safeguards against abuse.

· Assign each intake line a community service project that gets the attention of the entire campus, not just the Greek system. In addition to learning to be contributing members of society, the campus would have an opportunity to experience the tremendous good these students are capable of achieving.

· Require signed statements from the prospective members’ parents or guardians indicating that they are aware, and approve of, their sons participating in the intake process. There is no substitute for family support and advocacy.

· Develop intake exams that are more rigorous and improve the teaching of organizational information. The tests should not just reference hard work – it should entail substantive effort to earn a passing score.

· Require every chapter of every African-American fraternity to present to its campus each semester a public program on Black-on-Black violence. If approached responsibly and correctly, these presentations can be powerful learning avenues for both the campus and the members.

Hazing is a serious problem, and, due to its inherent nature, hazing within African-American fraternities is especially difficult to combat. While the recommendations listed above will not rectify the situation completely, we feel that, if the majority were implemented conscientiously and passionately, significant progress could be made in the ongoing effort to cleanse our organizations — and our campuses — of this unsightly blemish on our collective character.

When young men go out into the world wearing Kappa Alpha Psi proudly on their chests, their actions and legacy speak volumes about who we are and what we stand for — and the same could be said about all Greek organizations. Let’s get serious about the hazing problem.

Howard E. Bailey is Vice President of Student Affairs at Western Kentucky University and has been a member of Kappa Alpha Psi for 43 years. Aaron W. Hughey is a professor and program coordinator in the Department of Counseling and Student Affairs at WKU.