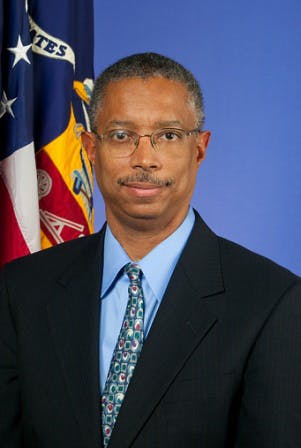 Americans have now celebrated July 4th, 2013, and America’s independence. It was also a time when public ceremonies were held to swear in newly naturalized American citizens. That gives us a chance to reflect on comprehensive immigration reform and think about the economic implications.

First, it is important to look back at U.S. immigration law. In the beginning, the United States did not have limits on immigration. The earliest law, passed in 1790, was a naturalization law declaring that only free Whites of “good moral character” could be naturalized and that a person born in the United States was a citizen only if his or her father was a U.S. citizen. So, any free White person could apply to be naturalized after two years. There was no quota placed on the number of immigrants. This is important, since many people want to claim their ancestors arrived here “legally,” implying some legal limit existed that they obeyed.

In 1787, the U.S. Constitution protected the trans-Atlantic slave trade by saying Congress could not pass laws to limit the “importation” of slaves from Africa until after 1807. Then in 1807, Congress passed and President Thomas Jefferson signed into law the end of bringing slaves from Africa into the United States, effective Jan. 1, 1808. So, those African-Americans who are the descendants of American slavery trace their roots in America to before 1808. The 14th Amendment to the Constitution, ratified in July 1868, stated that all persons born in the United States were citizens, clarifying the right to citizenship of African-Americans born into slavery. Congress subsequently passed the Naturalization Act of 1870, further clarifying the right of a person of African descent to become a naturalized citizen of the United States.

While the 1870 act clarified the status of African-Americans, it left in place the uncertainty around any other persons of color. Congress addressed this in the negative with the Page Act of 1875, which restricted Chinese men coming to the United States to work—to prevent forced labor, and for Chinese women to come to the United States—a set of exclusions that Congress would reinforce in 1882 and again in 1892, increasing restrictions on Chinese immigration. This was expanded with the Immigration Act of 1917 that barred immigration from Asia and the Asian subcontinent. These were not reversed until the 1940s, when Congress lifted the bans and clarified the right of people of Asian descent to be naturalized citizens of the United States.

Once national quotas were in place, the sense that an immigrant was “illegal” meant they were from a country that exceeded that country’s quota. Before 1921, it meant you were a race that America did not like. But the national quota laws meant replicating the national origins of people already in the United States, a great advantage to Europeans while a big disadvantage to people of color. Not until the civil rights movement forced America to re-examine the issue of race did immigration laws change to remove this heavy bias in 1965. Ironically, by giving each nation the same quota, it meant that some countries would face more binding quotas, and for the first time Mexican immigrants would face a quota. Since Mexico has a common border with the United States, this obviously means the quota is more binding on Mexican immigration than other countries.

That is a long history to put the discussion of comprehensive immigration into a bigger context. Each wave of immigration faced a reaction, whether “Know Nothing” Party members of the 1850s, who disliked Catholic immigrants from Ireland, or later xenophobic reactions to Italians that brought on a sense of panic. And, each wave was felt to hurt the labor market of “native”-born Americans.

The 1990s saw a record massive wave of immigration. But it also saw one of the largest growths of jobs in U.S. economic history. The Black unemployment rate that wallowed in double digits from September 1974 to June 1997 finally returned to single-digit levels and reached a record low of 7.3 percent in November 2000. In 1995, for the first time, households in the middle quintile of income in the Black community overlapped with the middle of the White distribution—making some Blacks truly middle income. And, in 2000, the share of Black families with children living in poverty fell to a record low. Clearly, massive immigration did not stop that good news.

So, claims about “legal” versus “illegal” immigration and the sense that immigration must hurt the fate of American workers is very complex. What is clear from the 1990s’ experience is that macroeconomic policies matter; putting in place policies that aim for full employment trump the immigration flow effect on increasing the labor supply to depress wages. The response of the Federal Reserve to let the unemployment rate fall below 4.5 percent in the late 1990s, the lowest rates since the late 1960s, before it tried to slow the economy was important. Inflation and stagflation during the 1970s had convinced economic policy makers that unemployment rates at that level would cause inflationary pressures that could not be easily stopped.

But, the harm done to low-wage workers and millions of workers in the shadows can be corrected; indeed, it is addressed by the Senate legislation. Not just workers, but employers, were hiding work—and jobs—from enforcement of labor law and from job seekers who needed information on job openings. Helping to correct an imbalance in labor laws and workers’ rights will help to correct an imbalance in the ability of workers to bargain freely about their wages and working conditions and to form unions; and, it will increase the reach of labor law enforcement. All workers will benefit from this sunshine.

But, ultimately, the real issue is a set of policies that aims for full employment and puts the priority on getting more people paid. That must be the first priority of policies. The immigration law passed by the Senate could, over a decade, usher in a new wave of almost 10 million more workers through business-friendly changes that open a new flow of science and engineering workers, college professors, multinational executives, physicians and their families (who will be permanent residents), which is about the size of the 1990s wave of immigration.

That new wave can boost America’s economic growth to new heights and so lower our federal deficit as the Congressional Budget Office predicts-or without full employment policies being the first priority, could cause the labor market to continue to make wages sag and pile up unemployed Americans. So, it is up to Congress and the President to get to work now on putting full employment first.

William Spriggs serves as Chief Economist to the AFL-CIO and is a professor in, and former chair of, the Department of Economics at Howard University. Spriggs also is former assistant secretary for the Office of Policy at the United States Department of Labor.