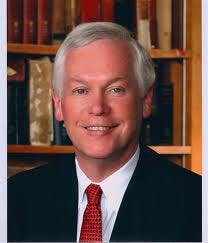 Now is the time of the year that most college and university boards of trustees meet to set in place what the comprehensive fee — tuition, fees, room and board — will be for next year. It’s a telling moment for higher education. The emerging trends, drawn from hundreds of institutional decisions, will provide a fascinating look into the minds of higher education leadership.

As expected, every college and university finds a unique solution because their circumstances differ slightly from one another. While a few have endowment support to move beyond their reliance on tuition, most are heavily tuition dependent.

Further, only a few of them can point to substantial revenue growth elsewhere. In addition, a good number of them are using graduate and continuing education programs, restructured debt, fully depreciated dorms and occasional accounting tricks to produce a clean audit.

Yet a clean audit does not suggest a healthy and robust institution. In fact, an audit is treated at best as a “point in time” measure of health and stability. If the college or university has a metrics dashboard that looks at how it performs over time against national trends, this outlook may be far more sobering for the institution even if the audit is without findings.

For these institutions that represent most of American higher education, there are two clear choices. The first is to “kick the can down the road” to maintain the financing approaches of pre-recession America. The second is to develop dashboard metrics and a strategic plan to address what the metrics show and make the changes necessary.

It’s easy to spot those institutions that are hiding their heads in the sand. Look for certain obvious indicators — an institution that is moving beyond its bandwidth exceeding a sticker price above inflation for next year that is not supported by growing admissions, rising net tuition revenue, a defined academic program that supports a clear “value proposition” and strategic investments that demonstrate an understanding of their place in the higher education market.

It’s not a question so much anymore of whether these institutions are moving past their peer group toward their aspirant schools. The question is more these days about whether a college understands where it is, what people think of it and in this context, whether the potential market includes enough applicants to support their share of it.

Further, American families — of whatever income — aren’t necessarily students of higher education finance. When the most selective schools price their annual tuition charge higher than a cash payment for a lower-priced luxury car, the splash over dampens enthusiasm for four-year colleges generally.

When colleges and universities explain by talking about generous state, federal and institutional aid, it becomes an ineffective “second-tier” argument that looks defensive and opens higher education to the perennial American consumer battle over the appropriate use of tax dollars.

No one wins in the end.

The problem is even worse. Last November, Moody’s Investor Service released its annual tuition survey forecast finding that “net tuition revenue growth at US nonprofit colleges and universities in fiscal 2015 will be the weakest in a decade.”

Moody’s noted that “colleges are struggling to achieve tuition growth above the rate of inflation … we project private universities will have 2.7 percent net tuition revenue growth, and publics only 1.9 percent growth.”

Eva Bogaty, a Moody’s vice president and senior analyst, argued that the weakening enrollment numbers are “forcing already-struggling schools to offer deeper discounts to potential students … the effects of this discount on net tuition revenue will multiply over the next three years as these students progress through the program.”

As discount rates rise to almost 50 percent on average at private colleges and universities this year, the implications become a critical policy question for Americans. A hypothetical institution raising the comprehensive fee above inflation, offering comparable percentage increases in their salary lines, and using debt to finance facilities and technology upgrades and redesign without thinking through the strategy behind it, delays their answer to a question that has already been called.

It is certainly true that American colleges and universities are resilient. But this fact may not save them in the end. The well-heeled can postpone the future. A few have enough resources even to shape it. But many higher education institutions face the specter of closing with their discounted dorms full, their debt capacity eroded and their inadequate endowments unable to prevent an outcome that overwhelmed their governance.

The way that we finance American higher education is broken. There will be no bailouts and few Band-Aids that stem the bleeding long term.

Higher education must safeguard and protect the educational program and its history, governance and traditions. But incremental governance that produces unworkable budgets may force changes from state and federal governments, accreditors and bondholders, which will damage the very resiliency that defines a decentralized system that remains the envy of the world.

In the end, higher education must save itself from itself.