Is there anything that can or should be done about the tremendous demographic mismatch between the public school teaching force and student population? 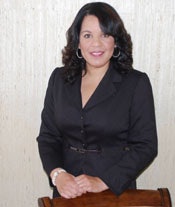 Dr. Leslie T. FenwickDo we really believe what the Carnegie Forum on Education and the Economy proclaimed nearly 25 years ago, when it said the nation cannot tolerate a future in which White and minority children are confronted with almost exclusively White authority figures in their schools?

In fact, 50 percent of English as a Second Language (ESL) students are American citizens. Spanish, too, isn’t the only language ESL students are speaking — Chinese, Haitian Creole, Hmong, Vietnamese, Arabic and Somali are among the top 10 languages spoken in American schools. How this new American public school majority performs academically is critical to the nation’s future.

There is a clear relationship between teacher quality, diversity and student success. Minority and poor students are 70 percent more likely than their White and affluent peers to have a teacher who is not certified in math, English, science and social studies teaching them these four core subjects. They are also more likely to have a teacher who does not have a college major or minor in the subject area being taught.

Perhaps worst of all, the nation’s Black and poor students are the most likely to have a Teach for America teacher — one who has received only six weeks of training prior to being placed in the nation’s poorest schools with the neediest students.

So how can we ensure that the nation’s schoolchildren have diverse and qualified teachers? Invest in historically Black colleges and universities (HBCUs) and Hispanic-serving institutions (HSIs).

Though they comprise 3 percent of the nation’s colleges/universities, HBCUs prepare half of the nation’s African-American teachers. More than any of their peers, novice Black teachers report a desire to serve in urban schools and, unlike White teachers, remain in those schools as the minority student population increases.

Further, two HSIs are responsible for preparing more than 90 percent of the nation’s Hispanic/Latino teachers. Without these strong production engines generating teachers of color, the nation would not meet its aspiration to have a diverse teaching force that can meet the needs of its new majority-minority public school system.

We know that students’ access to successive years of quality teachers is tied to students’ making strong academic gains. Even still, too many students of color and poor students languish in schools that have high concentrations of noncertified and underprepared teachers and a revolving door of novice principals.

Now that students of color are a majority, will the nation muster the will to reduce the achievement and attainment gaps between poor and minority students and their White and affluent peers? If so, we’ll have to commit to doing something that we’ve not done before.

Dr. Leslie T. Fenwick is dean of the Howard University School of Education and a former visiting scholar at Harvard University whose research examines education equity, school leadership and urban school reform. She is a contributing author to the best-selling book The Last Word: The Best Controversy and Commentary in American Education.