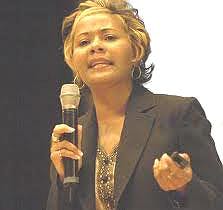 On June 24, 2015, a New York Times opinion by Paul L. Morgan and George Farks called “Is Special Education Racist?” claimed that “black children are underrepresented in special-education classes when compared with white children with similar levels of academic achievement, behavior and family economic resources.” The opinion was based on a research study the authors published in Educational Researcher wherein they analyzed secondary data of “students receiving special education services as a result of having one of five Individuals with Disabilities Education Act (IDEA)–eligible disabilities.”

Morgan and Farks acknowledged some shortcomings in their research in their original study. First, the five specific disorders they examined do not account for all children in special education, however their rationale for honing in on these five disorders, and excluding nine others, is unclear. Also, they acknowledged that their survey of grades K-8 fails to give a comprehensive view of potential racial inequities of special education placement in high schools. Further, the authors did not address gender. Males overall, and Black males in particular, are often the focus of research on overrepresentation in special education.

Equally problematic is the literature base from which the authors used their arguments and rationale; it is polemic and not comprehensive. In effect, the authors seemingly disaggregate special education data but do so in ways that ignore important and longstanding trends in studies and national databases, such as the Office for Civil Rights. The authors’ selectivity is a serious and ongoing problem that compromises the objectivity of their research and interpretations.

Not only is the literature review a concern, so is the homogenization of ‘minorities.’ The authors are inconsistent in their discussion of subgroups by race and ethnicity, and by language. The experiences (income, language, family status, school experiences, expectations held of them) of Blacks, Hispanics and Asians differ, but this is not addressed in the literature and thus ignored in the data and subsequent interpretations.

However, serious problems in the sample of the study are the primary basis for our concerns. The study uses a sample of 20,100 students, which would seem robust on the surface. The authors note that “The percentage of all children participating in the [study] with these IDEA-eligible identified disabilities ranged from a high of 6.4% (speech or language impairment) to a low of 0.7% (intellectual disability).” If we used these percentages against the total sample, we find actual numbers of 1,286 (6.4 percent) students in special education because of speech or language impairment and 141 (.7 percent) of students in the intellectual disability category. The authors also focused on “serious” emotional disturbance rather than this category as a whole; their rationale is unclear. No other categories they examined focus on extremes.  Relatedly, few studies have addressed Tourette syndrome and autism along racial, income and educational lines. These should not have been included in the analyses.

Of children with speech or language difficulties, the largest group in the study’s special education population, previous research on this topic has rarely focused on this particular disorder in reference to racial inequities. In fact, previous studies (including Toldson’s 2014 study for OSEP) have confirmed their findings that disorders related to speech, vision and hearing difficulties are underidentified among Black students. The underidentification of speech, vision and hearing difficulties can lead to Black children receiving special education treatment for emotional and behavioral disturbances, rather than eyeglasses or hearing aids.

Of the 141 (.7 percent) of students in the intellectual disability category, this is too small of a sample to make any meaningful inferences, especially considering that this sample needs to be divided into four races and subgroups based on the “confounding” categories the authors used for their regression analysis.

What we find most troubling with this study is that the authors make inferences from what they consider to be “confounding factors” that have no clear relationship with the odds that a student will need special education services. Table 2 of their own study demonstrated that the marital status and age of the mother, birth weight and largely SES did not increase the odds that children in their sample will be placed in special education. Yet the authors paired these “confounders” by race to make the central argument for the underrepresentation of Black and Hispanic students in special education.

Overall, their premise that pairing races based on substantiated and unsubstantiated confounding factors and using that data to determine who should be in special education is problematic, unless they establish that the confounders treat races the same. Differential validity is a well-established standard when predicting based on races, because the effects of many variables differ between races. Researchers, along with the analyses they adopt and interpretations they make, cannot assume that variables such as marital status and age of mother treat every race the same. For example, the reasons for marital status (e.g., divorce, death, never married) differ by racial status, income levels and educational levels.

In conclusion, navigating education with a disability and operating special education programs are sensitive and complicated issues that dictate more care than what the authors demonstrated in their study. Regardless of race, by law, every child with a disability is to be afforded the least restrictive alternative for their care. This means that someone with a learning disability should only be placed in a special education class if they absolutely cannot be accommodated in a mainstream class.

The most astute special education professionals acknowledge racism in their field and are actively seeking to resolve longstanding issues. As a discipline, special education can only improve if researchers who address this topic understand complex issues, including implicit and explicit racial and gender bias, false positive and false negative labels, diagnostic bias, and mental and physical health stigma. The study featured in the New York Times is replete with flaws, omissions and biases and should not be used to disregard and trivialize historical and contemporary — longstanding work — and more thorough studies that show racial discrimination operates in special education.

Dr. Ivory A. Toldson is an author, researcher and educational scholar best known for his publications on academic success among school-age black males and debunking myths about the Black community. He is currently on temporary leave from his academic post at Howard University.