When the recent video of two Black men in Philadelphia being arrested at a Starbucks was exposed for the entire nation to witness, very few Black people were surprised.

When another Black man and his friend were denied permission to use the LA Fitness gym that they both were paying members of, very few Black people were surprised.

When Micheal Brown, a Black teenager with a very impressive academic record, earned acceptance and full scholarships to 20 schools (including four Ivy League schools) and was criticized by some FOX news affiliate anchors, many Black people were annoyed but very few were surprised.

When 14-year-old Brendan Walker sought directions to school and was accused of being a criminal by a White woman and shot at by her unhinged husband, many Black people were undoubtedly outraged but not all that surprised.

When drugged-up, nearly nude, deranged gunman Travis Reinking opened fire at a Waffle House in Nashville this past weekend and murdered four young people of color, many Black people (like many others) were undoubtedly shocked, but not entirely surprised.

The cold, hard truth is that to be Black in America is to frequently endure an ongoing state of assaults and insults. Over the past few weeks, we have witnessed very public examples of Black people being arrested for nothing. Denied access to a health club where they were paying members. Being attacked and ridiculed for achieving academic excellence. Almost being killed simply for being lost and asking directions.

Indeed, it seems that being Black is synonymous with being under unrelenting emotional and psychological siege.

It is doubtful – in fact, highly unlikely – that any White man would have been arrested for sitting in a Starbucks without ordering any food or drinks. The fact that they were arrested for “defiant trespassing” (yes, that was the charge) was even more outrageous.

It is immensely improbable that very few, if any, White men or women who were regular or even sporadic paying attendees of a health club would be denied, dismissed and disrespected by management.

With the possibility of Laura Ingraham and some mentally wayward anchors at FOX News, it is highly improbable that a young White student would be referred to as “ridiculous,” “obnoxious” and “showing off.”

Moreover, we can state with near-universal certainty that a young White teenager would not almost lose their life simply for knocking on a door and asking for directions.

While this is hardly news for those of us who are of African descent, the fact is that such a reality does not resonate for others who are not Black, in particular, White Americans. Consequently, many White people tend to resort to a position of denial. To these Whites, it is not other people, but rather, it is Black people themselves who are the culprits. The usual narratives are: “There must be more to the story. “They must have been guilty.” “What were they doing in the neighborhood” “If they just cooperated with the police.” And so on.

Well, the fact is that more often than not, there is nothing more to the story except that another insult or injustice has been perpetrated on the person in question.

In her wonderful and deftly precise CNN op-ed “Why I tweeted the Starbucks arrest video,” Philadelphia resident Melissa DePino, the woman who recorded the Starbucks incident on her cell phone, made it clear in no ambiguous language that something this extreme would never have happened to her.

Michael Cohen, a columnist for the Boston Globe, wrote a similarly fantastic article about the incident titled “Racism and White Privilege in America.” He made it clear that as a White ethnic man, he has sat in more than a few coffeehouses, including Starbucks, utilizing free Wi-fi, relaxing in comfortable chairs, enjoying the music, sometimes foregoing the option to purchase anything to eat or drink, etc., without ever being scrutinized about whether he had purchased anything.

Cohen referred to this is a prime example of White privilege. He is correct.

White denial has long historical roots. The inability of White people to hear Black reality. In some cases, it is the outright refusal to acknowledge such racial, economic and other related disparities. We have seen such denial manifest itself in the often-hostile commentary that graces the comment sections, Twitter feeds and Facebook pages of many Whites who refuse to accept the fact that maybe, just maybe, they are in the dark about the many stark realities that face a disproportionate segment of the Black populace in our nation.

Imagine the potential progress for us as a nation if a segment of Whites was able to move away from an unyielding, defensive posture and began to come to the realization that many Black people are not “crying foul” simply for the sake of doing so. That such situations and incidents are far too routine. That the law has routinely been used as a weapon against Black bodies. And that the pain, anger and despair of Black life is often far too real and is a message that needs to be heard and listened to with a degree of sincerity and respect that includes not dismissing these individuals as people who are wantonly problematic, mentally disturbed or irrelevant. 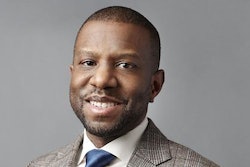 We are Not an ‘Issue’: We are Your Students of Color!!

Where is the Diversity and Inclusion in Higher Education Engagement with Investment Management Firms?