Emil Guillermo
Mar 11, 2019
To show my San Francisco State journalism class what diversity means instantly, I provide a visual: I draw a square on a white board. That’s the media. All White.

Diversity is to see the white board obliterated with dots representing a multitude of voices. Some dots are more centered and right on target. Some are on the fringe, and outer points of the square. 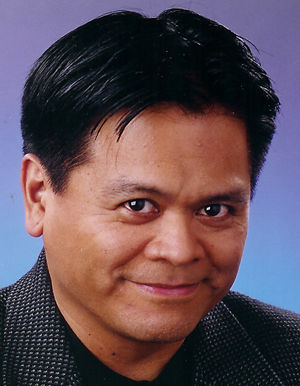 But they’re all there, present. Let the debate begin. Unless all you want is the “White Square.”

The square could represent anything, not just the media. It could be an institution. A college. Or Congress.

And last week we saw what having the most diverse first-year class is doing to an increasingly calcified group of Congressional Democrats.

The new members are getting them to loosen up and listen to the new ideas in the halls of Congress. Mind you, the debate over anti-Semitic remarks by Rep. Ilhan Omar could have ended ugly.

But instead thanks to the deftness of Speaker Nancy Pelosi, we were given a lesson in diversity for our country. Instead of being a reprimand on anti-Semitism toward Rep. Omar, H. Resolution 183 became a document that more broadly condemns hate. Anti-Semitism, of course is wrong, but so is “anti-Muslim discrimination and bigotry against any minorities as hateful expressions of intolerance that are contrary to the values and aspirations of the United States.”

That means all of us. The resolution condemns White supremacists by name, the KKK, and Neo-Nazis.

It mentions all the key incidents of the Trump administration. Charlottesville, August 11 and 12, 2017. You know, when Trump talked about “good people, on both sides.”

It mentions the rise of hate crimes, including the Oct. 27 attack at the Tree of Life Synagogue in Pittsburgh.

It was a comprehensive condemnation of hate.

And it went back to the idea of dual loyalty, and how it has been used to foster discriminatory action as it did during the “incarceration of Americans of Japanese descent during World War II on their basis of race and alleged dual loyalty.”

Asian Americans? Our history was included and not left out.

Republicans were ridiculous in debate. Where were the Mormons, the Jehovah’s Witnesses, Rep. Doug Collins asked in attacking the resolution. It was a half-hearted attempt to sink the resolution. In fact, what they really wanted was to go after Rep. Omar for her comments made the previous week in a public talk at a Washington, D.C. café.

But if you see the video, you’ll get the full context. And you’ll see how Omar would have been unfairly singled out.  As Rep. Bernie Sanders said, “We must not equate anti-Semitism with legitimate criticism of the right-wing, Netanyahu government in Israel.”

Omar was merely calling to debate a critical issue that usually gets shutdown.

“It’s almost as if every single time we say something, regardless of what it is we say, that is supposed to be about foreign policy, our engagement, our advocacy about ending oppression or the freeing of every human life and wanting dignity, we get to be labeled in something, and that ends the discussion, because we end up defending that, and nobody ever gets to have the broader debate of what is happening with Palestine,” Omar said in the talk. “I want to talk about the political influence in this country that says it is OK for people to push for allegiance to a foreign country. I want to ask: Why is it OK for me to talk about the influence of the NRA, of fossil fuel industries, or Big Pharma, and not talk about a powerful lobbying group that is influencing policy?”

She wanted that discussion, but no one wants to have that debate now. That would require listening to one another, not trading racial blows.

Omar herself knows how it feels like to be vilified. She has the death threats to prove it.

“And so when people say, ‘You are bringing hate,’ I know what their intention is. Their intention is to make sure that our lights are dimmed, that we walk around with our heads bowed, that we lower our face and our voice. But we have news for people. You can call us any kind of name. You can threaten us any kind of way. Rashida (Rep. Rashida Tlaib) and I are not (by) ourselves. Every single day we walk in the halls of Congress, we have people who have never had the opportunity to walk. They’re walking with us. So, we’re here. We’re here to stay and represent the voices of people who have been silenced for many decades and generations.”

That’s the impact of diversity.

H.Res. 183 was a reminder that all voices matter when we fight hate.

It really should have been a unanimous vote. Who’s for hate, right? But in these modern times, some depend on it politically. The vote was 407-23.

Those twenty-three Republicans who voted “No” on the resolution were undoubtedly buoyed by Trump, who later responded to the resolution saying the Democrats were becoming the “anti-Jewish party.”

Well, we know that’s not true. But Trump and his ilk we’ll continue to fan the flames of hate for their political gain.

But get ready. A more thoughtful debate is yet to come. And we’ll need to listen.

Diverse voices, led by the first-year class in the House, will make sure people — otherwise forgotten — are heard.

Emil Guillermo is a veteran journalist and commentator. He is an adjunct lecturer at San Francisco State University. He writes for the Asian American Legal Defense and Education Fund. You can follow him on Twitter @emilamok.