And now to the hardest part of being an adjunct lecturer. Final papers. Final exams. Grading. Both the students, and ultimately, yourself.

There’s no help. No TA (teacher’s assistant). You are the TA and the professor.

And besides the school work, you have your own professional work to do.

But teaching is the higher calling, right?

I now realize what a luxury it is to have a small class of 15-20 (which I had at a private college in Northern California nearly two decades ago). That’s not the case at a large public institution like my current situation at San Francisco State University. 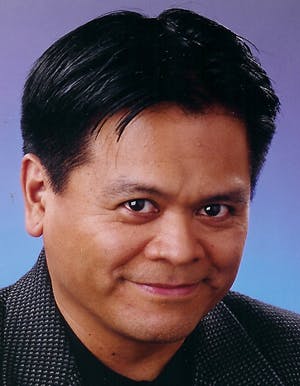 I don’t teach one of those. I teach a course on diversity and the media which these days tends to overlap journalism into history, political science and sociology.

It’s needed in times like these when you have the most anti-diversity presidential administration in recent memory routinely calling the media “fake news” and the “enemy of the people,” and when this unique administration has a major television news network operating as its defacto propaganda machine.

Makes for an interesting class. Grades should be objective enough. A student’s work speaks for itself. But if you’ve been teaching very long, you know it’s not that easy. Do you grade on the curve, pitting students against each other? Do you reward a student’s individual progress despite life and the odds?

I start with the work. And then I go from there. And then I ask, did I do enough to make sure they got it?

The grade becomes one on me as well as the student. Did I spark them on to continue learning more? Shouldn’t I be happy if they retain five solid minutes of learning from the course for the rest of their lives?

I’m not finished with the class yet. But every time I teach it’s a different experience. This year, I’m learning how the student-teacher process is more collaborative than I thought. And it’s in the grading where I understand that as a teacher, my job isn’t to be judgmental or punitive with a grade. Or to trick them in an exam.

I’m simply trying to get them to learn and understand, and then show me what they retained.

And then I pass them on.

Is it worth it?

Only if I learn as much as my students.

If you haven’t sufficiently felt the significance of Asian American Pacific Islander Heritage Month, then I hope you take a moment to ponder the loss of I.M. Pei.

The month of May honors the first Asian immigrants who came from Japan (May 7, 1843) and the Chinese laborers who built the transcontinental railroad (May 10, 1869). It’s a supreme coincidence that it is also the month of Pei’s death at 102 in New York City.

He was an icon who built our icons.

Ieoh Ming Pei, was as Asian American as it gets. Born in Guangzhou and raised in Hong Kong and Shanghai, he was just 18 when he took a boat to San Francisco, then went further east—to the best schools in the world.

He was first lured by the University of Pennsylvania, then MIT, but ultimately he would find his intellectual home at the Harvard Graduate School of Design.

In obituaries you may have read about Pei, most of them all begin with his most impressive works. Usually, that’s the glass pyramid at the Louvre, followed by the Rock and Roll Hall of Fame in Cleveland.

Pei was a man who with glass, stone, steel and concrete could turn a building into a symbol; function and utility into art.

He had an eye that could transform the ordinary to the extraordinary.

He routinely did it for museums like the JFK Library in Boston, the Museum of Islamic Art in Doha and the Zeughaus Wing at the German History Museum in Berlin.

But his work left a formidable stamp on higher ed.

I.M. Pei’s legacy is all over the map in the world and in higher ed. And he died appropriately in May, Asian American Pacific Islander Heritage Month, where we honor him as the immigrant giant of architecture, the icon who created icons.

Emil Guillermo is a journalist and commentator. He is teaching journalism this semester at San Francisco State University. He writes for the Asian American Legal Defense and Education Fund. You can follow him on Twitter @emilamok