Denying that Racism Exists is Not Only Delusional . . . it’s Racist

In the midst of international protests on police brutality after the murder of George Floyd in Minneapolis, an unfortunate rift still remains present within society. Somehow the debate on whether systemic racism exists, or it is simply a “left-wing” figment of our imagination, is still prevalent. While the public execution of George Floyd is beyond tragic, it is imperative to note that the protests and outrage are not solely due to this isolated occurrence. It is a response to 400 years of unaddressed oppression within this nation. It is a boiling point for society that was inevitable.

As the world watched police officers ignore Floyd’s cry for help as he laid helpless on the concrete with officers on top of him for an alleged counterfeit bill, this occurrence mirrors the plight of Black Americans in this country. A people in distress as the whole world watches. There is more research and empirical evidence on racism than one could ever cite. Everything from policing, red-lining, academia, jobs, business loans, criminal justice system, mass incarceration, healthcare, and every other facet of life all display some form of discrimination. This discrimination typically results in Black Americans facing the largest brunt of the blow. 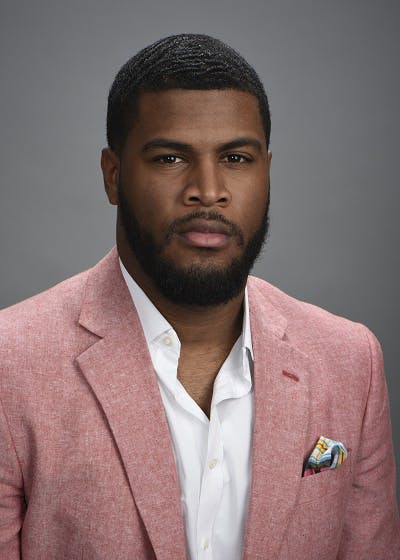 The act of denying racism is inherently racist.  This denial is the action that continues to normalize mistreatment and further divides the nation. Though this is no new realization, it is even more pertinent in today’s climate. With a generation granted access to information constantly through both social and traditional media, it is nearly impossible to be blind to prejudice, stereotyping, and blatant racism against Black people. Unless you are living in confinement without technology or subjected to a cult that isolates you from society, you have witnessed an unarmed Black person being killed on camera unnecessarily. You have seen statistics that show blatantly unequal treatment by judges, juries, or companies. There are an abundance of documentaries and films on streaming platforms and television that deal with racism head-on. It has also been discussed on popular sitcoms such as “The Office’, “Black-ish”, and “Criminal Minds”. Racism is by no means hidden on mass media in 2020.

The conscious decision to verbally deny racism is one that is caped behind content, prejudice, and the devaluing of black life. The comfort of refraining from tackling racism at its core often takes priority over the conditions of Black people in America. While this discomfort is often a reason to deny the obvious existence of anti-Black racism, it could also stem from a multitude of reasons including guilt, hatred, or the fear of being ostracized from peers who may share less-progressive views. Nonetheless, denying racism is just as dangerous as blatant discrimination, and possibly more offensive.

Denial can often act as a blatant transgression. To conceptualize, imagine an individual telling you that cancer does not exist with absolute conviction. The average person would be shocked, outraged, and utterly disgusted. There has been an interminable amount of lives lost to cancer. People have suffered excruciating pain from cancer, and still do today.  It impacts the day to day lives of people despite class or status. It impacts individuals both directly and indirectly. Anti-Black racism is a cancer in America. It is a cancer that the nation is founded upon. While neither cancer nor racism have a cure, the difference lies in the fact that there is a conscious effort by society to find solutions for cancer. The same must be done to mend the damage created by racism against Black people in America.

The first step toward progression is admission. One cannot fix a problem attempting to prove that the issue does not exist. The second step is holding peers accountable. The final step is taking action. An example of this was displayed recently when Uber Eats and Postmates announced that they will waive delivery costs for orders to Black-owned businesses. They also added sections within their applications that will make it easier to find Black-owned restaurants in a city. This action displays hopefulness that it is possible to create impactful change as long as there is admittance, accountability, and action.

Black communities continue to struggle economically in America. A number of Black businesses have strategically been sabotaged since the abolishment of slavery. This includes everything from the bombing of the thriving Black community known as Black Wall Street in Tulsa, Oklahoma in 1921, to the current day statistics that show Black people are denied more for business loans from banks. It is essential for Black people to focus on practicing group economics, and corporations to address discriminatory practices of the past and present. Ending 2020 on the right footing requires the country acknowledging the past to prevent history from repeating itself.