An Executive Order, an Outcry and an Opening

With everything that has happened since September 22, it would not be a surprise if you missed the hubbub around President Trump’s executive order on “Combating Race and Sex Stereotyping.” If you’re just catching up, the executive order “roil[ed] corporate America”  and caused colleges and universities to “cancel diversity, equity, and inclusion programs” and to accuse the Trump administration of censorship . It also prompted Justice Department employees to ask Congress to investigate the “illegal and abusive government directives” in the executive order. 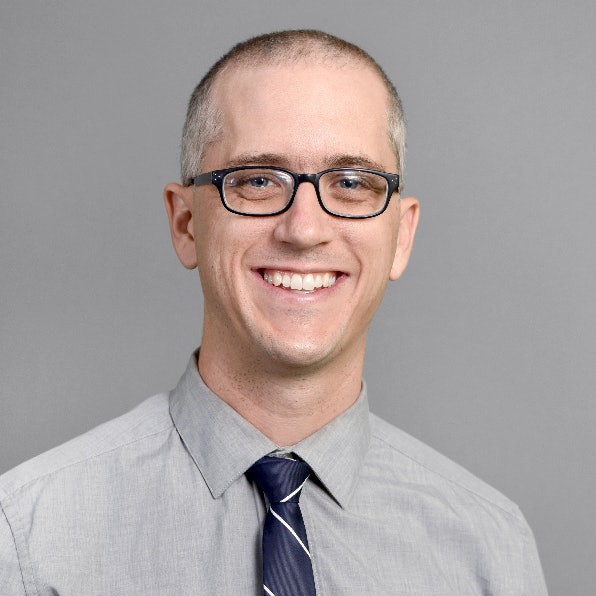 The political landscape has changed since then, to say the least, and the incoming Biden administration is unlikely to allow Trump’s executive order to stand. Even so, we think it is worthwhile to take a closer look at the executive order. Like many of Trump’s policies, its assumptions do not originate with the president, but reflect long standing trends in the Federal government’s approach to race and education. Trump’s pronouncements contribute to deepening political divisions and a sense of alienation, but they also provide an opening for difficult conversations that we, as a country, have avoided for too long.

September’s executive order sounds a familiar theme, summed up in Justice Roberts’s famous line: “The way to stop discrimination on the basis of race is to stop discriminating on the basis of race.”  For many Americans, this is an inherently appealing idea, and Trump’s executive order begins by invoking our country’s historical struggles to overcome racism. The ostensible aim of the order is “promote unity in the Federal workforce” by doing away with “blame-focused diversity training” that “perpetuates racial stereotypes and division.” At first, this sounds sensible enough. Most Americans would take exception to many of the “divisive concepts” identified in the order, such as the notion that “one race or sex is inherently superior to another race or sex” or that an “individual’s moral character is necessarily determined by his or her race or sex.”

A closer look reveals the sleight-of-hand that prompted the outcry. For President Trump, talking about race or gender in the workplace means that you’re perpetuating racist or sexist stereotypes – or, worse, “scapegoating” a certain group of people. This gets the situation exactly backwards. As many educators can attest, it’s not a question of whether Americans should be colorblind. It’s a question of whether or not we’re already living in a society where colorblindness is an option. Of course we should strive to treat people according to the content of their character and let their skills and personalities differentiate them, as the executive order suggests. We can do that while being honest about the ways in which “race” – as a social phenomenon, not an innate biological one  – continues to shape people’s experiences and relationships. For President Trump, though, if you don’t pretend to be “colorblind,” or you try to face the discomfort that “race” creates in schools and workplaces, you’re the problem.

Research in our field, the anthropology of education, has made clear that when people stop talking about race, they may act colorblind, but they’re really just “colormute,” as Mica Pollock puts it. Refusing to acknowledge that we’re still dealing with race, or ignoring it, doesn’t make it go away, as shown by the racial resegregation of public schools before and after the Roberts court’s decision and the fact that undergraduate retention rates for Black, Hispanic, and Native American students continue to lag behind those of other groups  (to give just two examples). Colormuteness cannot describe the actual contours of our American landscape, represented in educational, economic, and health disparities along racial lines. Nor does it make racism go away. 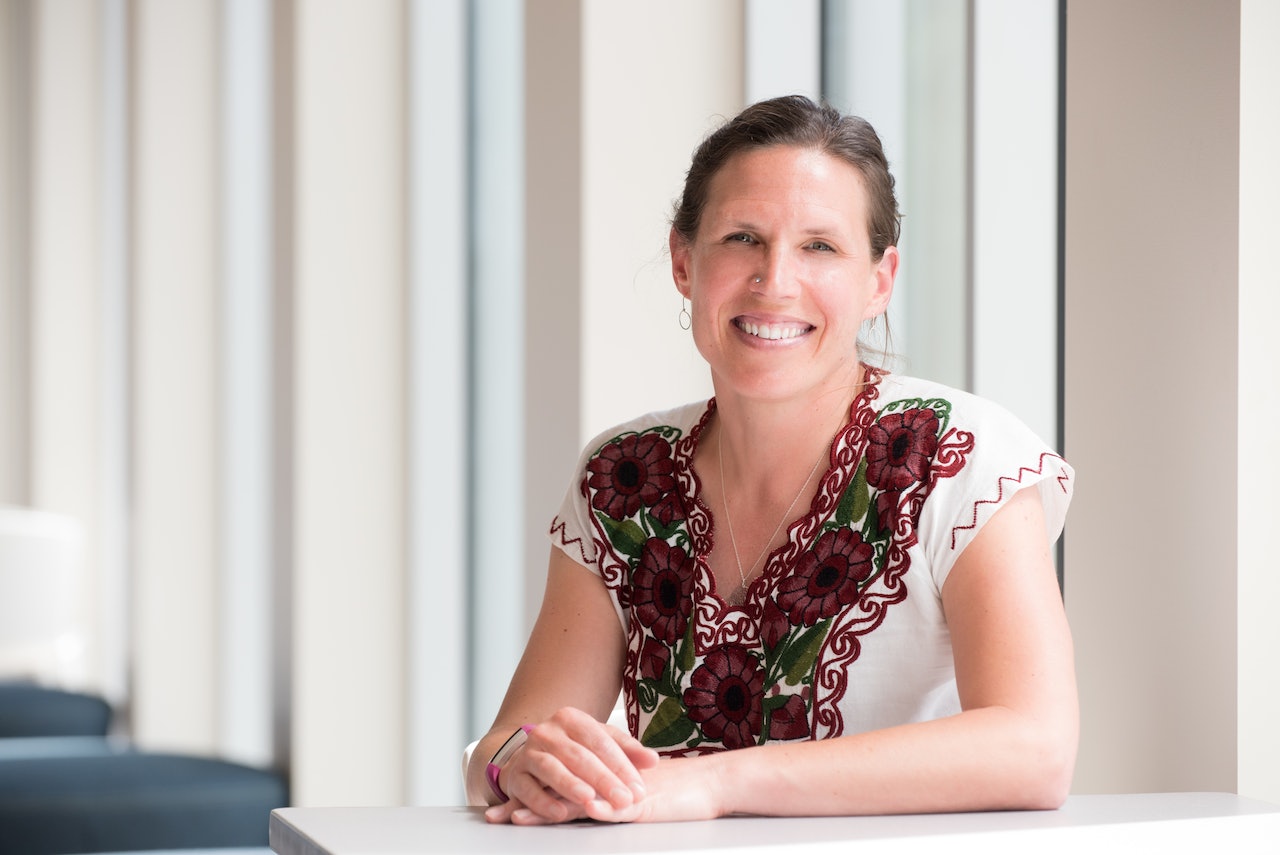 The outgoing president has amplified the urgency to have this conversation, but how we enter the conversation is crucial to its success. Everyone in the United States has been impacted, knowingly or not, by policies that order people and resources based on race. On one hand, we all have to reckon with this history. On the other hand, racist policies are a malleable feature of our country’s diverse landscape whose specific effects can be hard to pinpoint. If we overlook the belief, pervasive among some of our fellow citizens, that discussions of “race” in other parts of the country have little to do with how they encounter race, we are unlikely to make inroads in discussions of race and antiracism.

Our experiences as public educators confirm that experiences with race are lived out locally as well as nationally. One of us (Vanessa) teaches in a college of education at a land grant university in Idaho, working primarily with white and Native American pre-service teachers, while the other (Brendan) works with Mexican American students in a school of transborder studies in Arizona. In Idaho, exclusionary tactics predating statehood targeted American Indians and Chinese immigrants, including policies of Native land dispossession, the deployment of African American Buffalo Soldiers to contain the “Red man” on the Western frontier, and the exclusion of Chinese laborers to ensure White laborers could earn more in mining enterprises. In Arizona, Mexican-origin and other Latinx families have long had to deal with anti-immigrant and anti-Spanish legislation and racial profiling that emerged in the aftermath of the clash of empires in what is now the U.S. Southwest.

These local histories of exclusion and dispossession play out differently in Idaho and Arizona classrooms. For example, Native students in Vanessa’s teacher education courses regularly have to confront their own erasure in K-12 curriculum and are taught by faculty who rarely understand what Tribal sovereignty means. Latinx students in Brendan’s courses are faced with the contradictions of a rapidly diversifying public university where many still feel profoundly out of place and struggle to belong for a variety of reasons. In both contexts, some White students have difficulty seeing the relevance of their peers’ “enduring struggles” to our shared future, while others jump at the chance to delve into their own racial identities and explore avenues for solidarity.

The unwillingness to see that “race” is at play in all of our lives prevents Americans from imagining and working toward an antiracist future for our society. Academics’ reluctance to engage local histories of race on their own terms can prevent us from contributing to this work effectively. It’s already becoming a cliché to refer to the next few months as a turning point in our country’s history. If this history teaches us anything, it’s surely that a quick, complete turnaround is unlikely. What will happen depends on what we make of the opening that the outgoing president has inadvertently given us, and whether or not we can move strategically to bring others on board for the slow, unglamorous, but necessary work of addressing “race” and racism in our local contexts.

Dr. Brendan H. O’Connor is an associate professor in the School of Transborder Studies at Arizona State University and Dr. Vanessa Anthony-Stevens is an  assistant professor of Social and Cultural Studies in the Department of Curriculum and Instruction at the University of Idaho.