The version of the North Star that is the brightest star in the constellation was what Harriet Tubman used to guide herself and many others to freedom during the late 1840s and 1850s. The North Star publication, which was the first newspaper that Frederick Douglass founded in 1847, was used as a vehicle to help create the climate for an acceleration of the abolitionist movement, the Civil War, and the eventual ending of chattel slavery in the United States.

Both Tubman and Douglass were pushing the country to be congruent with the ideals that were put forth on the nation’s founding documents. They both had a desire for a greater number of people to be included in the opportunities that America contained and for justice to be spread to those who had too long been denied it. They faced the challenge of contending with a brutal institution of slavery that had existed for nearly two and a half centuries in ways that were different but connected by goals that could appropriately be framed as social justice and inclusion. 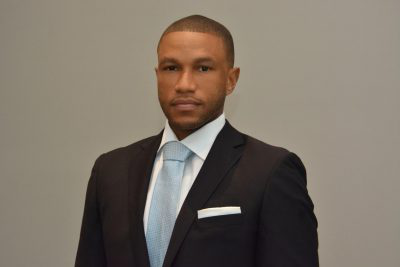 The “Tubman dimension” that focuses on individual liberation and the “Douglass dimension” that keys in on collective emancipation are both needed. Communities and students may not be dealing with explicit bondage or captivity in the form of slavery, but there are other chains that need to be broken for everyone to have an equitable shot at living out their potential and for there to be collective community upliftment and individual advancement from a socioeconomic perspective.

Colleges and universities can play a meaningful role in helping people to break out of a limited environment and mindset. There are boundaries that they may have put on themselves and/or societal restrictions that may have been imposed on them. The fight for social justice and inclusion is a multidimensional process that requires patience, pressure, and persistence.

The Douglass dimension greatly involves identifying various means to create a climate where policy prescriptions can move forward, and systemic change can take place. Douglass used his pen and voice to dramatize the inhuman conditions of slavery through his autobiographies, speaking engagements, and frequent commentary in publications like the North Star. Problems must first be exposed and highlighted before they are addressed in a significant way.

Addressing these problems often involves some kind of confrontation if any substantive deviation from the status quo is going to occur. This may involve the creation of new policies or making intentional efforts to include underrepresented populations in existing programs and practices. Just like with medical prescriptions, policy prescriptions must be consistently applied for a period of time in order for the unwanted symptoms to subside and meaningful change to occur.

The Douglass dimensions raises and follow up on issues like the inclusion of certain populations of students in the “top of line” or “mainstream” opportunities or are there groups who are being systematically relegated to the “chitlin circuit” of lower tier opportunities. For context, chitlins or pig intestines, were among the undesired parts of the hog that slave masters gave to slaves while the owners kept the portions of what was considered to be “high on the hog” like bacon and ham to themselves.

The “chitlin circuit” is what developed during Jim Crowe as a way for Black entertainers to showcase their talents to segregated Black audiences. One the one hand, the “chitlin circuit” provided for a greater level of autonomy within the Black world with Black-owned businesses owning and controlling what was produced from the circuit, but they were also locked out of larger opportunities for economic and social growth and development for generations.

There are systemic trends of inequity that may be progressing without conscious intent but need to be addressed. Some colleges and universities have inadvertently developed a multi-tiered system for the disbursement and allocation of opportunities and resources based on race, ethnicity, gender, religion, disability, and sexual orientation. These are issues that can be brought to the forefront utilizing the Douglass dimension.

This approach brings a social justice and inclusion lens into an institution’s policymaking process and employs different tactics to get and keep important issues on the agenda. It facilitates activities that help to create a climate for equity and access to flourish.

The “Tubman dimension” involves finding pathways to help students get the support that they need to fulfill their aspirations and promise. This is the core of what many higher education student service efforts are geared towards. Pathways to personal freedom like Tubman created are also needed for students who need specified supports to navigate to their desired educational and career destinations.

There are many students who are trying to find ways to improve their circumstances and need support. They need “North Star” like services that they can look to for intentional guidance and connection to opportunities that can help them along their journey. If educational institutions are the “North Star”, then students can be better able to fulfill their promise. This also includes identifying gatekeeper points that traditionally block student progression and focusing services and supports there.

It is important to note that Tubman did not just show the additional people who were enslaved that she led to freedom the way, but she went with them. She was there every step of the way to monitor their progress and provide the needed information, inspiration, and navigation for them to complete their journeys on the Underground Railroad. In similar fashion, institutions can put people in place to be with students on their journeys and align the appropriate supports to meet students at their needs.

Tubman was not the creator of the underground railroad, but she executed her role as a conductor at an extremely elite level. The Tubman dimension of social justice and inclusion in higher education centers around the implementation of broader strategies for freedom, development, and empowerment. Implementation at a high level requires grit, determination, consistency, courage, and dedication and is essential to policy being delivered to its intended targets.

The Tubman dimension underscores the importance of following through on proclamations, promises, and policies that may have been passed or agreed upon but have not been fully carried out. A lack of follow up and dedicated efforts to implement initiatives and policies can result in people getting short-changed and slighted over the long run. A system can be put in place, but it cannot be implemented with fidelity without an adequate level of corresponding financial and human resources. The need to continue to organize around and support the people and entities that are charged with delivering policy to the people is critical.

The process of helping students through the Tubman dimension connects to the Douglass dimension in that by helping individual students one can discover trends that can inform and expand efforts that have proven to be effective and impactful. An individual’s need for direct support can be highlighted and put forth as a representative example for a broader population. Broader policy can then institutionalize and sustain good efforts and programming.

Ultimately, both dimensions work in unison because systemic changes are necessary as are pathways that empower students to navigate through doors of opportunity. Tubman and Douglass both put their imagination into action as they endeavored to push towards liberation against significant odds. Tubman believed that she could find her way to freedom and go back to free others while rewards for her capture were ever-present, and the journeys grew more and more dangerous. She continued to risk her freedom to free others. Douglass had the audacious belief that he could utilize his God-given gifts of speaking and writing to play a major role in changing a system of slavery that had been in place for over 240 years.

The future of social justice and inclusion in higher education does not have to be locked into old traditions or the ways that it has been in the past. There is room for those who have the foresight to envision new systems and pathways for students and communities and believe that it can be done. The dimensions of the North Star that Douglass and Tubman used to move the nation forward in the areas of social justice and inclusion are still available to institutions of higher education as they continue to serve as arguably the nation’s most formidable vehicle of social mobility.

Dr. Marcus Bright is a scholar and administrator.

How My Virtual Internship Prepared Me in Ways I Never Imagined

Why are HBCUs the Only Institutions Included In the Discourse about Tuition-Free Community College?