When the Trump administration issued new Title IX rules on how colleges and universities respond to incidents of sexual assault, some who had voiced concerns and sought new adjudicatory processes applauded. They believed the new rules ensured the accused of critical rights that they argued had been taken away by the Obama administration’s 2011 “Dear Colleague” letter. Among other changes, colleges would now have to hold hearings with live testimony and witness questioning, “rectifying” what was seen by some as a “due process wasteland.”

Yet this response is unique to sexual violence investigations. Other allegations of campus misconduct are not subject to any such potentially unfair or hostile investigations and hearings. Such a process subjects those survivors who seek help from their colleges to the specter of being retraumatized. As protests against sexual assault emerge on college campuses around the country, and the Biden administration rewrites the Title IX rules for colleges on responding to sexual assault, it's critical to roll back the Trump-era rules that are so damaging to survivors. 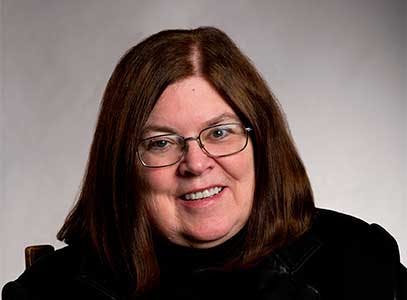 While a confrontational live hearing process is viewed by some to be more “fair,” it is likely to be more litigious and adversarial—especially if, as is suggested by some, “evidence of a complainant’s sexual history is sometimes essential...” Live hearings pitting the survivor against the accused would create more opportunities for personal attacks than are present even in the criminal justice system, while pushing colleges to behave like that system—a system that is rarely effective in achieving justice for victims of sexual assault. I have studied this issue extensively and am familiar with the many obstacles that victims face: Most do not report sexual assault to authorities to begin with, and those who do face a secondary victimization as they must repeatedly recount their experiences to police, prosecutors, and others. Challenges to victim credibility come on many fronts, and many complaints are discounted or the cases are declined or abandoned by the victims before adjudication.

Requirements for colleges to adopt criminal justice-like procedures will have a chilling effect on reporting and help-seeking as few complaints move forward due to the trauma experienced by the survivors, and the safety of students and their access to an education will be further jeopardized. A criminal justice model also does not make sense for colleges, whose mission is to educate, not adjudicate. Their goal is to foster norms against sexual violence and harassment, but they will end up being complicit in the re-victimization of those who report.

My research team has examined the policies and processes that colleges and universities use to address sexual assault complaints. Along with colleagues and funded by the National Institute of Justice, U.S. Department of Justice, I completed a project on Responding to Sexual Assault on Campus. In the course of our research on 969 colleges across the US, we spoke to dozens of Title IX coordinators, many of whom felt strongly that the way they handle sexual assault cases—including sanctioning—should be in part an educational process, in keeping with the mission of their institution to educate. Addressing complaints by holding hearings and cross-examinations does not fit with that mission, and it is also inconsistent with how colleges handle other violations of student conduct codes.

The Trump administration’s Title IX rules also removed longstanding protections to survivors, access to support measures and accommodations, and requirements that schools respond to all violence that creates a hostile environment, whether it occurs on campus or off. Responses by schools should not be limited only to those acts which occur while on campus—such a rule means students are not protected when other students commit acts in off-campus housing, at fraternity houses or on trips.

While some changes have been made to help restore some of the rights that the Trump administration removed, it is critically important for the Biden administration to act quickly to issue and publish proposed new rules so that campus policies can be changed. We need new rules that not only ensure women’s equal access to education, but also ultimately contribute to a change in the culture that, currently, at best minimizes and at worst encourages sexual violence, physical abuse, and sexual harassment of women and girls. Already many campuses have promulgated new rules about live adjudicatory hearings that will work to intimidate victims and reduce the likelihood that they will report serious acts of sexual harassment and violence. New rules designed to change the confrontational approach—an approach that should be reserved for prosecution in criminal legal systems where loss of liberty via incarceration is possible—must be issued sooner rather than later, as the majority of college sexual assaults occur now, during the time after students return to campus and before the Thanksgiving break. This is particularly critical this year as many students arrive on campus for the first time in over a year.

Educational institutions must be held responsible for ensuring safe campuses that are conducive to learning and thriving for all their members, and most institutions take this responsibility very seriously. Our research and that of many social scientists supports the need to amend these policies so that women are given equal access to education.

Dr. Linda M. Williams, is a senior research scientist and director of the Justice and Gender-Based Violence Research Initiative at the Wellesley Centers for Women.