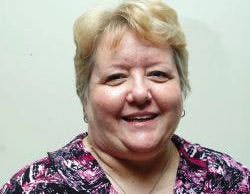 Since the first six students completed their Master of Science in Nursing (MSN) degree at Grambling State University in 1999, every graduate of the nurse practitioner tracks has passed a national licensing exam. Because of its perfect pass rate on national exams for 14 straight years, an astounding achievement for any professional program, Grambling’s graduate nursing program has gained a reputation for excellence in Louisiana.

The school has been training nurses for about 25 years, opening its School of Nursing in 1987. A decade later, a graduate program was created to supplement the undergraduate program that produces registered nurses.

Grambling administrators attribute the program’s success to high standards for admission and coursework, a stable faculty who challenge and nurture students, and a patient, supportive central administration.

“I would say not only because we uphold standards, but because we have very dedicated faculty who are standards-driven,” said Dr. Rhonda D. Hensley, who has directed the MSN program since its inception. “They believe in evidence-based practice and are very student-friendly, very approachable. Our faculty is our biggest asset.”

The six faculty members, including Hensley, continue to be practicing nurses. “We allow them a practice day weekly. That keeps us up-to-date on what’s going on clinically, and I think, makes us sharper teachers,” Hensley said.

Dr. Rama M. Tunuguntla, interim dean of Grambling’s College of Professional Studies, said that because the nursing program is “pretty selective” in admissions, “I give the grade to the faculty and the students.”

To get into the MSN program, applicants must have a 3.0 GPA, score high on the GRE and have at least two years of experience as a registered nurse and good recommendations from other professionals. A written essay and personal interview are also required.

Once admitted, the expectations remain high.

“You have to have an 85 percent overall in each course to pass, which is a little high, but we just feel that it’s necessary to keep the standards high. We want the people who graduate from our program to be excellent,” Hensley said. “It’s worked so far.”

As a part of the Grambling MSN program, students must log at least 700 hours working in a health clinic during the two academic years and a summer of full-time coursework.

So far, 75 percent of students have graduated on time, Hensley said. Then they must pass a national exam, usually given by American Nurses Credentialing Center or American Academy of Nurse Practitioners.

Within six months of graduation, Hensley said, all have found jobs. Most become family nurse practitioners treating patients of all ages. Since a pediatric nurse practitioner track was added a few years ago, a handful of graduates have specialized in caring for children and adolescents. Another 39 have become nurse educators, who do not have to take a licensing exam to teach.

Michael Brown of Monroe, La., had worked as a registered nurse for 15 years before entering Grambling’s graduate program. “I was a little nervous about going back to school because I had a family, and I just didn’t know if I had enough time,” Brown said. “But I always told myself if I’m going back, I’ve heard great things about the program at Grambling, so that’s where I wanted to go,” because of the 100 percent pass rate.

Brown received his master’s in May and a month later became one of the 19 members of his class to pass a licensing exam. He is working in a cancer clinic in Monroe.

“That’s why I wanted to go there — because I knew they would give me the information and the knowledge I needed to go forward,” Brown said. “They 100 percent taught from national standards and textbooks that are highly recommended in our field.” Brown, like most Grambling MSN graduates so far, is White.

“I didn’t know how I was going to be accepted,” he said. “But they accepted me just like I was anybody else. I had no problems at all.”

Hensley said for the first eight years, a state grant brought “other race” students to the historically Black university. About 15–20 percent of students in Grambling’s MSN program were African-American until 2009, when the program received a U.S. Department of Education grant to recruit Black students.

She said that grant has at least doubled their numbers. The overall enrollment is also growing, under a strategy of gradually expanding to meet the demand for nurse practitioners while maintaining high academic standards. A class of 36 is scheduled to graduate next year.

“I’m definitely looking forward to seeing the statistics as our classes grow larger,” Hensley said. “I hope that it doesn’t have a negative impact, and I’m not expecting it to. We still won’t lower the standards.”