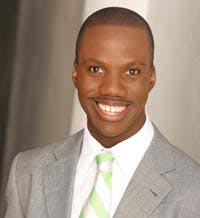 Dr. Shaun Harper is Director of the Center for the Study of Race and Equity in Education at the University of Pennsylvania.

In order to improve college completion rates among Black men, multiple stakeholders must reshape public policy on several fronts — from college sports to financial aid — in ways that create more favorable conditions for Black men to earn a degree.

So concludes a new report released Wednesday titled Men of Color: A Role for Policymakers in Improving the Status of Black Male Students in U.S. Higher Education.

The report — issued by the D.C.-based Institute for Higher Education Policy, or IHEP, and the University of Pennsylvania’s Center for the Study of Race in Education — comes at a time when many in scholarly circles have argued for the need to divorce race from public policy.

But IHEP officials and the authors of the report maintain that race cannot be ignored when data analyses consistently turn up gaps in degree attainment that follow racial lines.

“People want to look at [the situation] from a race-neutral perspective,” concedes Dr. Wendell Hall, deputy director at IHEP.

To those who say college completion among Black men is a matter of individual responsibility, Hall says: “Individuals don’t’ create systems and policies.”

“While there is always [a need for] individual responsibility, the data are telling a story that Black men are not being attended to on college campuses,” and thus policy interventions are warranted, Hall said.

The report sounds a similar tone in its call for “greater involvement” by federal and state policymakers, high school counselors, as well as the NCAA, community-based organizations and other groups in various efforts to improve the status of Black undergraduate men.

The report acknowledges that Black men’s presence on campus has increased from 1980 to 2010, but laments that college graduation rates among Black men remain lackluster in comparison to the graduation rate of students overall.

As an example, it examines graduation rates by race at public universities in Michigan, where Black men, it says, completed baccalaureate degree programs “on average, at a rate nearly 17 percentage points lower than students overall.”

“Completion gaps between Black men and the overall student population are similar at public institutions across the United States and are of increasing concern for institutions interested in pursuing a diverse study body,” the report states.

To reverse the trend, the report makes several recommendations. They include: