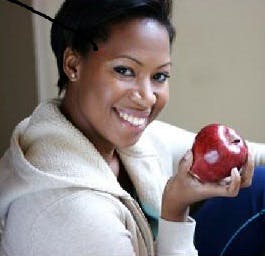 
As a pre-med student and biology major, Fisk University junior Contessa Davis has learned largely through volunteering as a Student Health Ambassador in public health initiatives that it often takes the dedicated work of “door-to-door canvassing” and other direct communication with individuals to persuade them to adopt healthy lifestyles.

“The bottom line is that, whether it’s research or interventions to help individuals learn about healthy eating, the goal is to decrease the health disparities within our communities,” she says.

This spring, Davis will be among a number of Fisk students and staff participating in an obesity awareness campaign at the Nashville-based historically Black private university. Last week, the Tennessee Department of Health (TDH) announced that Fisk and four other historically Black institutions are part of a grant program aimed at the schools educating their respective campus communities about the dangers of obesity. In addition to Fisk, the campaigns are under way at Tennessee State University in Nashville, LeMoyne-Owen College in Memphis, Knoxville College in Knoxville and Lane College in Jackson.

Lesia Walker, director of the TDH Office of Minority Health and Disparities Elimination, said the goals of “these obesity awareness campaigns are to educate college students and others about the problems associated with being overweight or obese, and to engage them in activities fostering changes to improve lifelong health.”

“Statistics show a disproportionate number of African Americans are either overweight or obese, and we have to start reaching people with important messages earlier in life to make a difference,” Walker said in a statement.

Tennessee officials report that in 2011 the state had the sixth-highest rate of adult overweight and obesity in the U.S. at 66.5 percent. There are significant racial and ethnic disparities in the prevalence of obesity. Roughly two of every three Black non-Hispanic adults in Tennessee are overweight or obese. Black non-Hispanic women have the highest rate of obesity among any race or gender group, with one of every two Black women in Tennessee being obese, according to the TDH. Nationally, more than one-third of adults in the U.S. are obese, the Centers for Disease Control and Prevention reports.

For African-Americans who disproportionately suffer from diabetes, high blood pressure, certain cancers, heart attacks and heart and kidney failure, extra pounds can contribute to the severity of these adverse conditions. Additional weight also leads to higher health care costs, according to the TDH.

The Tennessee State University (TSU) program, which began last fall, involves “targeting 1,200 first-year students in the required Freshman Orientation courses for the 2012-2013 school year” to educate them “on health and fitness; increase awareness and easy access to nutrition health information in the campus cafeteria; and encourage physical activity to prevent obesity,” according to the TSU plan.

Other elements include healthy choice nutrition information labels placed on the commonly offered foods in the student cafeteria. Informational healthy choices and active lifestyle posters are being placed in the cafeteria, student center, and across campus to be renewed monthly so that new and fresh information is constantly available. The school received a $15,000 campaign grant for the 2012-2013 academic year.

Dr. Bill Johnson, the assistant dean for Teacher Education and Student Services at Tennessee State University (TSU), says the intent of the TSU campaign “is to provide some information about the detrimental effects of obesity as well as provide some educational information to say ‘choices matter,’” with respect to diet and nutrition.

“The whole idea is on a college campus there’s a lot of opportunity to make some unhealthy eating choices. And so what we’re trying to do is trying to remind people that what they choose matters not just today but long-term,” Johnson says.

Yvette Spicer, the campus community outreach coordinator at Fisk University, says the school has held public forums on obesity and is working with the school’s food vendor to increase awareness and availability of healthy meal choices for students. She noted that this spring and fall school and student government officials expect to organize a “Biggest Loser” contest, which is based on the popular television show. The state awarded Fisk a $15,000 grant for the school’s obesity campaign for the 2012-2013 academic year.

Spicer explained that the Fisk obesity awareness campaign builds on the work of the HBCU Wellness program, which has been present at the school and the other Tennessee HBCUs since 2006. “HBCU Wellness has operated in conjunction with Meharry Medical College and has been funded through the [Tennessee Department of Health].”

The program created the Student Health Ambassadors (SHAs), who are full-time students attending one of the participating institutions. The SHAs, such as Fisk’s Contessa Davis, work as health promotion and disease prevention advocates, and provide education in one of five health priority areas. The health priority areas include breast cancer, infant mortality, obesity, prostate cancer and sexually transmitted infections. Spicer says the SHAs have been active in the current obesity campaign at Fisk.