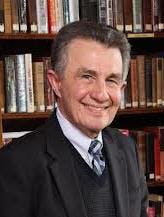 SHEEO President Paul Lingenfelter said the annual decreases in funding and increases in tuition were the biggest in his 41-year career in higher education.

The amount being spent per student by public colleges and universities has fallen to its lowest level in at least 25 years, a result of state budget cuts that a new report warns are rapidly eroding the nation’s educational edge over its international competitors.

The report, by the Boulder, Colo.-based State Higher Education Executive Officers, or SHEEO, shows that state and local financial support for public colleges and universities fell 7 percent last year, on top of a 9 percent drop the year before. And while enrollment also fell slightly — a result, the organization’s president said, not of lower demand, but of higher tuition — it’s still higher than in 2008, when the steep budget cuts began.

The result is that the amount being spent per student is $5,896, the lowest level in the 25 years since it’s been tracked by SHEEO. And a much higher proportion of that is being charged to families in the form of tuition than is being covered by states.

Nearly half of the cost of public higher education is now borne by students in the form of tuition, more than double the proportion of 25 years ago, SHEEO said.

“Students are paying more, while public institutions are receiving substantially less money to educate them,” said SHEEO President Paul Lingenfelter, who said the annual decreases in funding and increases in tuition were the biggest in his 41-year career in higher education.

Lingenfelter said that last year’s decline in enrollment, which has been previously detailed by The Hechinger Report, was a result of higher tuition, and in some states, enrollment caps imposed by institutions in response to lower legislative subsidies.

State and local support for higher education last year was $81.2 billion. When inflation is taken into account, the one-year decline in funding was 9 percent.

Since 2008, the amount collected from students in the form of tuition and fees has grown from $41 billion a year to about $60 billion.

Public colleges and universities enroll more than 70 percent of all U.S. students.

“Other countries are rapidly improving the postsecondary education of their citizens,” said Marshall Hill, director of the Nebraska Coordinating Commission for Postsecondary Education and chairman of SHEEO’s executive committee. “If the United States falls further behind in either quality or the number of students who enroll and graduate, it will not be easy to catch up.”