Tough Financial Love May Pay Off for Kentucky State University 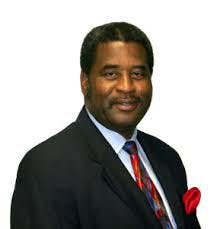 Students returned after they either paid their balances in full or arranged alternative payment plans with the university, according to a KYU press release published on Wednesday afternoon.

For a school that had an enrollment of about 2,800 students in 2013, the 645 students who were released represented almost 25 percent of the total student body. The measure appears to have been necessary to reestablish KSU’s financial stability.

KSU faced a historic $7 million deficit, which interim President Raymond Burse had said was “largely due” to student being delinquent in paying their bills. The Lexington-Herald said that some students owed up to $40,000, and that some bills had been carried over for more than two years. The university relies on tuition as a large part of its income: net tuition and fees accounted for 41.7 percent of the universities total operating revenue in 2013, according to KSU’s financial statement for the fiscal year 2013.

Wednesday’s press release also announced that Burse had ordered the KSU Foundation to assist 270 students who owed less than $1,000 to the university. Their total need was approximately $148,000.

According to KSU statements and reports in other news sources, the university had notified students 22 times since August 2013 that their accounts were in arrears ― a measure that appears to have had little impact as a large percentage of the student body were still behind their payments at the start of September.

Then, the line in the sand was drawn.

“Once our students understood that the university was serious about their charges being paid up front, a large number of them found resources to meet their financial obligations to KSU,” Burse said in the statement.

A spokesperson for the university said that Burse, who announced earlier this summer that he was giving back more than a quarter of his $350,000 salary earlier this summer to boost wages of the lowest-page workers on staff, was “out of town” and unavailable to speak with Diverse.

Though some of the professors at KSU contacted by Diverse declined to discuss the situation, Dr. Tucker Landy, an associate professor of history of culture and secretary of the Faculty Senate, said that he and the Faculty Senate Executive Committee approved of Burse’s actions.

“We supported what he was doing,” said Landy. “It did seem to be the right thing.”

According to Landy, some of the students who were released were let go on account of “bureaucratic snafus.”

“This is what I’m hearing from students who have come back,” said Landy. “They say things like a scholarship they had received hadn’t been registered yet on the system, and that was the reason it appeared they hadn’t paid their bill.”

He noted that had students not returned to the university, it would have had “serious implications” for the institution’s financial well-being.

“It hasn’t played out yet,” Landy said. “As far as I’ve heard, the numbers are still in a state of flux.”

Reba Rye, an associate professor of art and vice-president of the Faculty Senate, said that there were many different factors at play in students being unenrolled.

“Maybe some of their funds had not been applied, scholarships had not been applied yet ― that’s some of it. I’m not saying that’s most of it, but there was a lot of that housekeeping stuff that had to be done as well,” Rye said. “Some simply that people had not filled out their FAFSA applications. I know one student who had, I think, a presidential scholarship and had not ever done a FAFSA. The system was kicking them out, when they then could relatively easily rectify [the situation].”

The effects have touched everyone on campus. “We are all on the ground floor doing what we can in those personal situations to help,” Rye said.

“I believe that the president has taken a step to rectify a situation that has evolved through other people’s good intentions, but was not healthy for the climate of the university, and that this was the first step to making it, really, easier for students to know what was expected of them,” she said. “And to be able to be able to plan more carefully if they can come to Kentucky State University or not.”

While KSU is the most affordable public university in Kentucky, with an in-state tuition of $5,676, it is more expensive for non-natives. “What I think that a lot of people don’t realize is that so many of our students are out of state students,” Rye said.

There are few, if any, comparable situations where a quarter of a university’s student body is dropped and then re-enrolled a week later. Nevertheless, Breana Smith, president of the Student Government Association, wrote in an email that the general mood on campus is “fairly positive.”

“As students have re-enrolled, a feeling [of] relief is apparent,” Smith wrote. “I am glad though that the students were able to handle their financial situations and be re-enrolled in school. Some students have negative feelings about the recent events concerning students being dropped, but I can say that the majority of our students understand the position of the university and that although the situation was unfortunate, we, Kentucky State University, will continue to move onward and upward.”