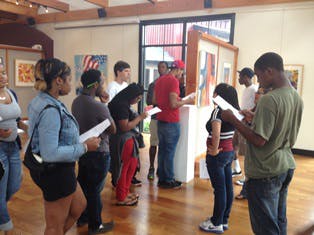 Eva Bogaty, a Moody’s vice president and senior analyst, says that “smaller entering classes in much of the country over the next few years foreshadows continued revenue pressure.”

Forced to keep discounting their prices as enrollment stagnates, U.S. universities and colleges expect their slowest growth in revenue in 10 years, the bond-rating company Moody’s reports.

The squeeze could threaten further cuts in services even as tuition continues to increase.

A quarter of colleges and universities are projecting declines in revenue, according to a closely watched annual Moody’s survey. Half of public and 40 percent of private institutions say they will take in only 2 percent more than the inflation rate, or worse.

“Smaller entering classes in much of the country over the next few years foreshadows continued revenue pressure,” says Eva Bogaty, a Moody’s vice president and senior analyst.

Nearly 40 percent of public and 45 percent of private institutions expect that their enrollments will decline next fall.

While students and their families may see tuition going up, the pressure on universities and colleges to moderate these increases and give deeper and deeper discounts means they’re still barely keeping pace with inflation, the survey shows.

The proportion of their tuition private colleges and universities are giving back in the form of discounts continues to creep up, to 45 percent from 43 percent last year.

The Moody’s survey also shows that private universities with the highest standings on college rankings are more likely to increase their tuition revenues than those that are lower rated.