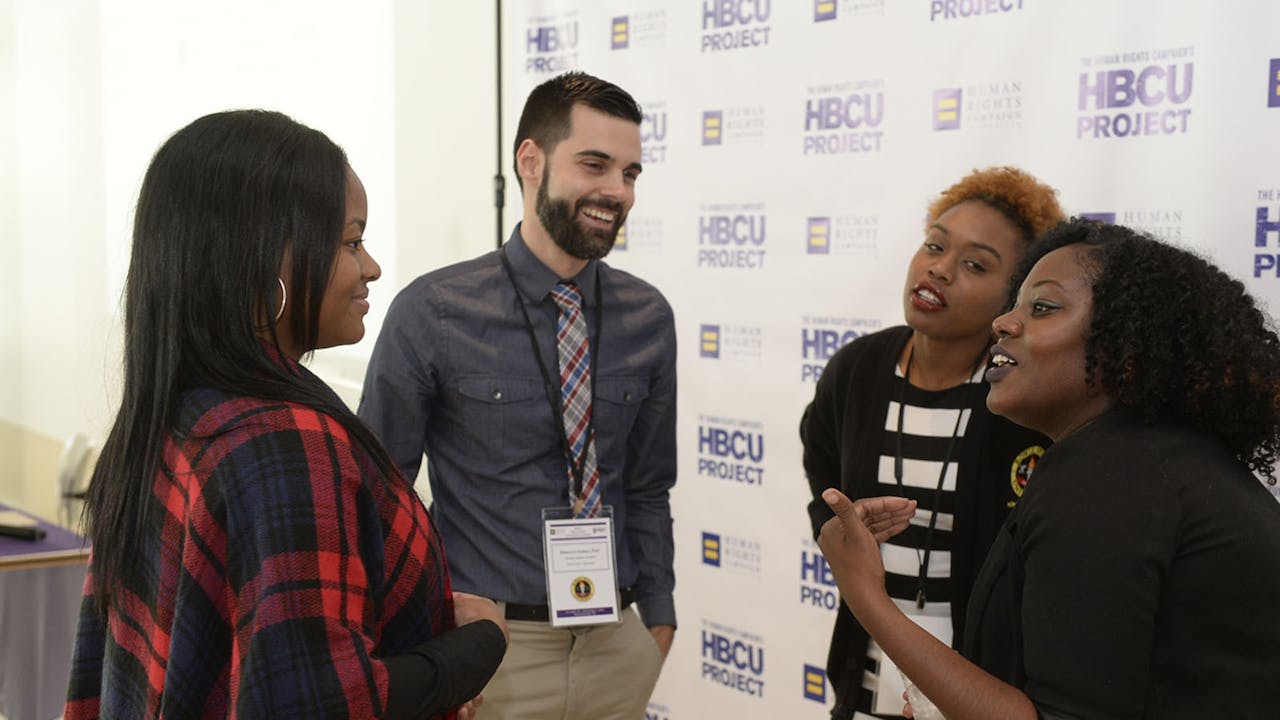 HRC Foundation is pleased to announce that Bowie State University is the first Historically Black College and University (HBCU) to have a Queer Cultural Studies course approved.

This is not the first time that Bowie State University has been at the forefront of LGBTQ inclusion and equality within a HBCU. The school was also the first HBCU to open a center (the Gender and Sexual Diversities Resource Center) to support LBGTQ students and their allies.

After successfully attracting 26 students during the test run last spring, ENGL 254: Queer Cultural Studies, will be available in the upcoming Fall or Spring semester.

The course offers an introduction to queer theory within the context of cultural studies including but not limited to the academic analysis of literature, music, film, social media, the Internet, theatre, politics, sociology and history. Using queer as an inclusive umbrella term for LGBT and ally, this class examines how society negotiates identities based on gender identity and sexual orientation in relationship with constructions of race, religion and class.

Dr. Horacio Sierra, an Assistant Professor in the English and Modern Languages department at Bowie State, designed the course.