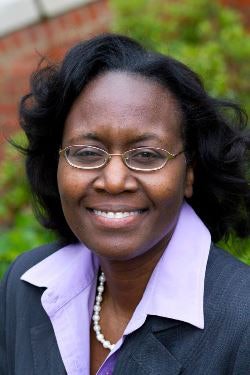 Voting rights, money to attend college and diversity are so common today that many of us forget they were not always hallmarks of American identity. Rather, they are the result of bipartisan legislation known as the Voting Rights Act (VRA), the Higher Education Act (HEA) and the Hart-Celler Act (HCA), which were motivated by the civil rights movement and college student activism. Together, these three pieces of equity-based legislation have produced innovations that have elevated America to prominence on the global stage.

Just 50 years ago, it was impossible for Blacks of any age to vote in most Southern states. Standing between these citizens and the franchise were poll taxes, literacy tests, violence and death. The 1965 VRA brought an end to that state-sanctioned violence and discrimination. Section 5 of the VRA included provisions for federal oversight, which mandated Justice Department approval of any changes to electoral laws and processes by states with a record of discrimination.

What was the result? Voter registration doubled for Blacks, establishing the Black vote as a vital component of American politics, with similar privileges extended to other groups on the basis of language and color. Things changed in 2013, however, when the Supreme Court in Shelby County v. Holder struck down Section 4 of the VRA, which controlled the application of Section 5. The changes rolled back franchise protections for Blacks, other communities of color, the poor and non-English speakers.

Just 50 years ago, America utilized a quota-based immigration system that heavily favored immigrants from Northern and Western Europe. Inspired by the civil rights movement and increasing international attention to such discriminatory practices, Congress created the HCA to show that it also intended to end discrimination for newcomers. In 1965, congressmen replaced the national origins policy with a system that favored family reunification and employment-based preferences.

On one hand, this provided an opportunity for people from the Eastern Hemisphere to access American soil. However, it unwittingly imposed a new visa requirement on the Western Hemisphere, which set the conditions for unauthorized immigration from Canada and Mexico. Still, the HCA is responsible for one of the largest waves of migration in the world.

Here, too, however, access is threatened, whether it is by proposals to build a wall around our southern border or to round up undocumented immigrants and send them home. America is a land of immigrants. It’s our duty to embrace the newcomers and the talent that they bring, while also working diligently to facilitate immigration reform. While doing so, we must continue our resolve to dismantle the legacies of slavery and genocide that still entangle Americans of African and Native ancestry.

Just 50 years ago, many of our public colleges and universities lacked the infrastructure for research prominence, creative activity and co-curricular programming. College was out of reach for many of our nation’s brightest students with limited resources. Congress responded. They knew that, without an educated citizenry, America would be doomed to mediocrity, so they transformed American higher education through the HEA by providing resources for classrooms, libraries and laboratories as well  as grants and loans for student aid.

The biggest jump occurred for Whites, who held about 10 percent of the college degrees in 1970, with an increase to almost  70 percent in 2013. On the other hand, less than 1 percent of all bachelor’s degrees were awarded to Native Americans in 2013. Why? Results suggest that the impact of the HEA is differential and that there is much work to do in ensuring equal access for all Americans.

New legislation must take into account the 21st century landscape of two-year  colleges, part-time students, single-parent  learners, veterans, talented people exiting our criminal justice system in need of skills and people with disabilities. We must cease to ignore the inequities that exist so that we can ensure that all of our students are getting the skills that they need to positively  transform America and regain our status as the No. 1 country in college completion.

Just 50 years ago, the U.S. civil rights movement and student activism across  the country inspired the legislation that transformed America for the better. The current legislative gridlock suggests that our political leaders are in need of inspiration from the heart of America, perhaps from The Movement for Black Lives, student activism on college campuses or something that is yet to come.

Fifty years of access and success are on the line. How will we respond to these new challenges? Will we cede opportunities for continued greatness or will we seize them?

Dr. Yvette M. Alex-Assensoh is a professor of political science and vice president  for equity and inclusion at the University of  Oregon.