Minority Scholars to be Among Those Honored by AERA 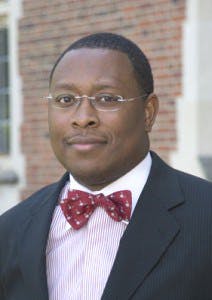 Several minority scholars will be among those recognized next week when the largest gathering of educational researchers assemble in the nation’s capital for the annual meeting of the American Educational Research Association.

AERA’s annual meeting—which has become the go-to place for scholars pursuing cutting-edge research in a diverse array of areas such as language literacy and digital learning to early and higher education—will honor this group of scholars for their outstanding scholarship and service at the organization’s fourth annual Awards Luncheon.

Founded in 1916, AERA is the nation’s largest and most respected interdisciplinary research association devoted to the scientific study of education and learning.

“This year’s award winners exemplify commitment to the study and practice of education,” said AERA Executive Director Dr. Felice J. Levine. “We are proud to honor their outstanding scholarship and service to the field.”

Among the awardees is Dr. James L. Moore III, of The Ohio State University.

Moore, who is executive director of the Todd Anthony Bell National Resource Center on the African American Male and a distinguished professor of Urban Education at OSU, will receive AERA’s Distinguished Contributions to Gender Equity in Education Research Award.

“Since completing my doctorate, I have devoted tireless efforts on improving education, career, economic, and social outcomes for African American boys and men and studying the factors that both positively and negatively impact their education success at the elementary, secondary, and postsecondary levels,” said Moore in an interview with Diverse. “Being recognized by your peers for this work is humbling. I am thrilled to be the recipient of this year’s American Educational Research Association Distinguished Contributions to Gender Equity in Education Research Award.”

Other winners include Dr. Michelene Chi, a professor at Arizona State University, and Dr. Shirley Malcolm, who will receive the Distinguished Public Service Award. Malcolm is currently the Head of Education and Human Resources Programs at the American Association for the Advancement of Sciences and has developed a reputation for mentoring younger academicians.

Dr. Christopher Emdin, whose most recent book For White Folks Who Teach in the Hood … and the Rest of Y’all too: Reality Pedagogy and Urban Education has received a consider amount of public attention, will receive the association’s Early Career Award. Emdin whose research focuses on integrating hip-hop into the educational curriculum is currently a tenured professor at Teacher’s College, Columbia University.

Dr. Jamal Abedi, a professor in the School of Education at the University of California, Davis, will receive the E.F. Lindquist Award in recognition of outstanding applied or theoretical research in the field of testing and measurement.

“I received the E.F. Lindquist award for my many years of work on the impact of language factors on the academic performance of English language learners and how unnecessary linguistic complexity slows down the academic progress of these students,” said Abedi in an interview with Diverse. “I am advocating for more linguistically accessible instruction and assessments for these students.”

The winners of those awards include: