March Madness: The Rest of the Story 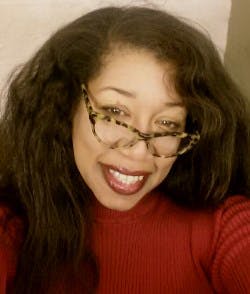 March harkens the smell of roses, cut grass and light spring rains for most folks. For me, March ushers in the smell and shine of hardwoods, leather and tennis shoes—and sheer Madness. I have known the madness of March since birth. I was born during the first week of March—just in time for high school basketball playoffs in Texas. My father, a high school basketball coach in Texas, was coaching in the championships when I was born. He phoned my mother, who chose to deliver in Tulsa, to find out how things turned out—with specific interest in length and size of feet.

I have scouted basketball games since I learned to walk. I believe my mother told me that occurred around 7 or 8 months. Walking early was encouraged. It meant more time for hand-eye coordination. I really learned the game of basketball around age 2 from numerous scouting trips with my father. In fact, I can still deliver a well-informed scouting report to this day, and I have the quirky yet astute ability to tell what position or sport someone plays by not just the height, but by swagger, disposition and gait.

My father, who coached basketball for more than 50 years, and still thinks he is coaching, related everything that we did to sports and still does. It is no surprise that he purposely married my mother for love and for athletic recruiting purposes. He was smitten by my mother’s smile but also by her height. She was 5-10, with an athletic build, smart and he is 6-6—nuff said. It made good athletic sense to him. After all, if he could convince her to have five, he would have a basketball team. My mother stopped that madness at four.

My father pushed all of us to play sports. We had no choice. Sports were part of the curriculum. You had to perform on the court or field, and you had to perform in the classroom—end of story. Math was no different from running track, English class or participating in softball. You excelled in everything. The lines were blurred between what folks seem to now separate—academics and athletics. They were both curricular activities—nothing “extra.” Each curricular activity developed the mind and body, and both made up the souls of our existence.

We were expected to play a minimum of two sports. I played four and was even a college cheerleader at almost 6 feet tall. Sports and academics were like the air we breathed and as normal as waking up in the morning. Doing both well was simply part of the natural order of things—there was really no distinction. Everything we did included a repetition—doing homework, working at home, working on the court or on the field. We lived in an athletic framework. Repetitions, work hard. Perfect practice makes perfect. Eat, rest, and repeat.

That athletic framework pushed us to see the world differently than others. To this day I live in the frame and become, well, annoyed when athletic thinking is least employed. In particular, I am most bothered by three things: how we as a society construct winning, the marriage between athletics and academics, and how athletic accomplishments are celebrated.

First, I have never understood the ideology of more than one winner—in some spaces everyone wins a “smiling trophy” and no one ever loses. You know them as consolation prizes. How do you get better, if you are always congratulated as if you’re just as good as the best players?

I certainly don’t get the incessant need for fanfare for the smallest of accomplishments. Even in my own profession, we spend a lot of time rewarding ourselves for everything. The sporting framework constantly reminds you not to brag and not expect a trophy for everything. You don’t ask or tell anyone how good you are—folks already know.

I guess that is why so many academic rituals don’t sit well with me—like going up for tenure and certainly requesting letters of recommendations for awards. Mike Krzyzewski would be appalled as faculty “dab” in perpetuity. It drives me bonkers to say the least.

Athletes are ostracized for the slightest of celebratory acts after having earned major awards, championship games or accomplishments. Gosh forbid that Serena should throw her hands in the air or that Cam should dab.

I will say that I am so happy that no one saw me dab, do the NeNe, whip and crip walk after having earned tenure. Actually, no one cared, because it is OK to award ourselves and celebrate everything that we do in the “academy” [#professorsSogreat]. I realize that many athletes are taught to live by the old Joe Lewis mantra, “If you have to tell them who you is, you probably ain’t.” Yet I do wish that every once in a while athletics could take a lesson from university faculty. We are quite accomplished at self-promotion and bragging. We will find a way to be recognized nationally for the number of times our name appears in the phone book or church bulletin.

Given the athletic framework, a lens from which I view the world, I tend to be put off by the many reports that frame the academic deficiencies of athletes. They seem to be rampant during the madness of March.

On the other hand, I was privy to have known a significant number of athlete scholars over the last few decades. I was surrounded by people who fared well in sports, school and later in life. There are so many people that I can name from the 1970s and beyond who did quite well playing sports and performing in school. One that stands out perhaps the most, James I. Cash, is partial owner of a professional team, was Harvard University’s first Black tenured professor in the business school and sits on numerous boards—like Microsoft.

There are many, many others whose stories are left untold or buried among the flurry of reports and stories that negatively depict sports and the impact of athletics during the month of March.