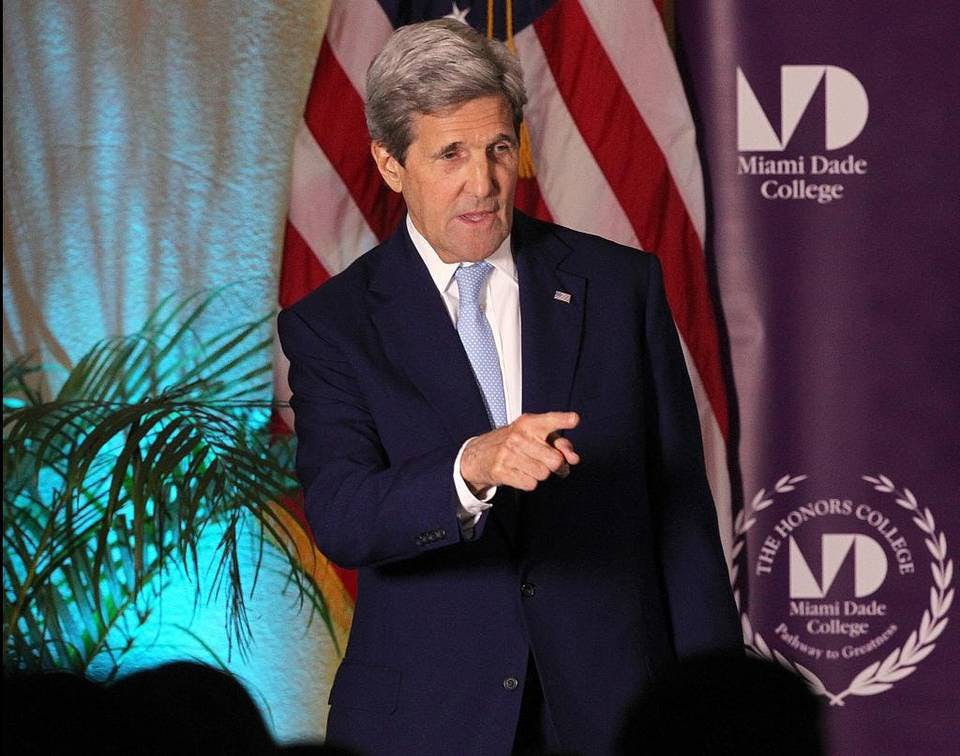 To encourage freedom, he said, the United States wants to help “the Cuban people to begin a new chapter in their history.” He acknowledged that there are critics who believe Cuba has done nothing to deserve a new relationship with the United States, but said the policy of engagement and resumption of diplomatic ties with Cuba is the correct one.

“It’s hard to think of a weaker diplomatic tool than a closed embassy,” he said. Kerry said President Barack Obama’s recent trip to Cuba where he stood side by side with Cuban leader Raul Castro and answered tough questions about human rights, political prisoners and what freedom means was of great value.

Read the full story via the Miami Herald.
Read Next