A federal judge in New York City has rejected a race discrimination and retaliation suit by an African-American assistant professor of economics who failed to win tenure and promotion at John Jay College of Criminal Justice. 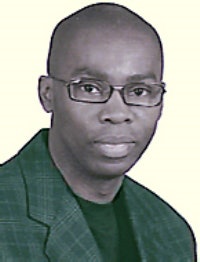 The college hired Warburton in 2006, according to the decision, and he was the only Black member of the department. He had served on the department’s hiring committee but resigned because he said he was concerned about “race-influenced hiring decisions.”

His 2012 application for promotion and tenure was denied despite a favorable recommendation from the faculty personnel committee’s tenure review subcommittee, Oetken said.

He sued under Sections 1983 and 1985 and under the New York constitution.

Oetken found no factual basis for the allegation that White colleagues received more favorable treatment than Warburton did.

“Absent is any detail about Warburton’s White peers, their academic and scholarship credentials, when they were granted tenure or how the standards applied to Warburton’s application differed from those applied to his White peers,” the decision said.

Oetken also said that the allegation that Warburton was “subjected to constant harassment by the department’s chairs” is insufficient to infer that the college intended to discriminate.

In addition, the decision said the college and its past and present economics chairs are entitled to immunity from the retaliation claim.

Although a gender bias claim by a Southern Illinois University (SIU) female political scientist who was denied tenure has fallen short, Dr. Laura Hatcher can pursue her retaliation allegation, according to a federal appeals court.

The Seventh Circuit Court of Appeals found that Hatcher presented sufficient evidence to proceed on a claim that the university illegally retaliated for her filing of an EEOC complaint.

Hatcher was the first woman considered for tenure in the department in almost 20 years, the decision said.

SIU hired her as an assistant professor in 2006 and denied her application for promotion and tenure in 2012. Her department and chair recommended approval, but a college committee recommended tenure but not promotion. Her dean and the provost recommended denial of both tenure and promotion, citing insufficient publications, and the chancellor sided with them.

The Title VII and retaliation suit asserted that the university was motivated by her assistance to a female student who was being sexually harassed by a male faculty member and claimed that two male departmental colleagues with allegedly similar publication records did get tenure in the same cycle.

The appeals court held that Hatcher’s gender discrimination claim had been properly dismissed.

Her tenure vote was more divided than that of the two male colleagues “so she cannot argue she was clearly better qualified,” Judge Ann Williams wrote for the panel.

“Nothing in Title VI bans outright an employer’s use of subjective evaluation criteria, and differences in qualifications between job candidates, on their own, cannot be evidence of discrimination unless those differences are so favorable that there can be no dispute among reasonable persons of impartial judgement that the plaintiff was clearly better qualified,” the decision said.

“It is possible that the dean and provost were harder on Hatcher than on her male colleagues during tenure review, and some of her colleagues seemed to think that was the case,” the court said. “However, Title VII only permits us to go so far in addressing this problem,” adding that Hatcher must more than “simply show she was treated differently.”

As for retaliation, the court found it plausible that SIU retaliated based on the EEOC complaint and said a jury can make that determination. However, it said there was no First Amendment basis for alleging that SIU also retaliated for her helping the student who may have been sexually harassed because that was part of Hatcher’s responsibility as a faculty member, not as a citizen speaking on an issue of public concern.

A graduate student who is blind in one eye has lost his Americans with Disabilities Act and Rehabilitation Act suit stemming from denial of admission to a required capstone course.

U.S. Magistrate Judge Andrew Austin said Michael Sweeney failed to show that he was qualified to take the capstone course at Texas State University or that his disability justified any enrollment-related accommodation.

Throughout Sweeney’s master’s in public administration program, the university gave him extended time for assignments, accommodations in testing, early course registration, preferential seating and permission to audio record lectures, according to the decision.

He was rejected for the research-focused capstone because his supervising professor refused to approve his research prospectus, which was deemed inadequate as to methodology and the literature review even after revision.

In his decision, Austin said Sweeney’s only evidence to support a discriminatory motive was that the professor had “placed his hand over his eyes” during a meeting with Sweeney.

Austin said he found no evidence that Sweeney had requested a modification of the prerequisites for the capstone to accommodate his disability. He also said those prerequisites “do not require anything that a visually impaired student would be less able to produce than a fully sighted student.”

In addition, the decision said, “Texas State convincingly argues that to allow Sweeney to enroll in the capstone course without a faculty member’s approval would have constituted a fundamental modification in the prerequisites.”