A California Bill that would mandate the teaching of ethnic studies in public schools across the state has cleared a legislative hurdled in the senate and assembly and is now headed to Governor Jerry Brown’s desk. 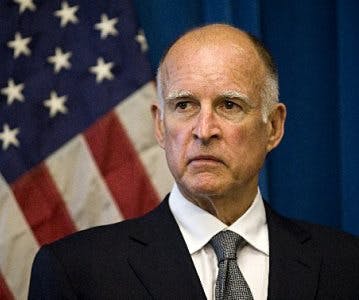 Brown, according to sources, is likely to sign the bill (AB 2016) that was authored by Assemblyman Luis Alejo, a Democrat. The legislation would require every school district and charter school serving high school students in California to offer an ethnic studies course beginning in the 2020-21 academic school year.

While there have been individualized efforts by school districts across California to push for an ethnic studies curriculum, there has been no state issued mandate so far. Thus, if Brown signs the bill into law it will likely create a ripple effect in other states across the country.

“The time is now to pass a bill that will truly deal with the education achievement gap in California high schools and the equality of how history is taught in the high school classroom,” said Reverend Shane Harris, the president of the San Diego chapter of National Action Network, the civil rights group founded in 1991 by Reverend Al Sharpton.

Harris had been spearheading support for the bill.

“I think this is a great step for the assembly and senate to pass this through with flying colors, but it’s only the very beginning as we all still wait to see if the governor will sign the bill into effect,” said Harris, who noted that Brown vetoed the original bill because it duplicated the work of the Instructional Quality Commission, another state panel that was charged with revising standards to include guidance on ethnic studies courses. Now, he believes that as a result of the revisions that were made to the legislation, he’s hopeful that the bill will be signed.

Still, Harris isn’t celebrating yet. Instead, he’s been barnstorming the state encouraging residents to phone and write letters to Brown, urging him to support the legislation.

“We can set a precedent across the nation for mandated ethnic studies programs in grade school,” he said.