As students begin the 2016-17 school year, there is a need for a fresh effort to encourage students to develop key intangibles and invest in their inner development. I believe that this movement to build on positive internal traits will go a long way toward the improvement of external performance measures. Educational stakeholders at the primary, secondary and postsecondary level should move beyond an emphasis on purely academic performance and invest in a renewed focus on character development. 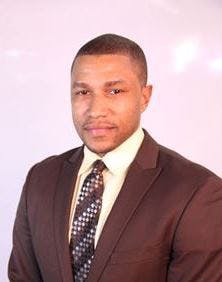 This is significant because many of us have a perceived value deficit. There has been an ever-increasing emphasis on materialism in America, in which the value of a person is too often judged by how much money they have. One must consider the impact of this train of thought on minorities when they lead the nation in unemployment and underemployment and families of color have a fraction of the net worth of their White counterparts. The economic status of students must  not be allowed to correlate with their self-efficacy in school.

Financial resources are vitally important and should be pursued from a quality-of-life standpoint, but it shouldn’t dominate the collective societal consciousness in the way that it does. We need a new push to bolster the collective self-esteem of minority communities that is based on values and not money.

The reversing of this trend has to begin with the youth. This is especially pertinent given the fact that the majority of wealth is unearned by the individual persons themselves, meaning that it has either been passed down or inherited. Economists have estimated that up to 80 percent of the wealth that is accumulated during a lifetime can be directly attributed to past generations (inheritances, transfers, etc.).

There are students who come from low socioeconomic backgrounds who grow up with a feeling of inadequacy that can last throughout their adulthood. Economic deprivation has the capacity to crush the self-esteem of students, parents and communities. We can’t immediately reverse a massive wealth gap that has taken generations to develop, but we can have a renewed emphasis on intangible internal factors that should be celebrated and can eventually lead to an improved financial status. The amount of money that one has, however, should be completely separated from their value as a man or woman.

I would venture to say that one of the reasons why many minority males excel so much on football fields and basketball courts is because it is often one of the only places where they are deemed as valuable by society. The pull of the instant gratification attached to athletic achievement can be very attractive.

Successful high school and college athletes often receive regular coverage by their local newspapers and television stations. This raises their status as a local celebrity and creates within them a certain sense of pride. They are also recognized at pep rallies and other functions as exceptional individuals.

The unintended consequence is often that athletic excellence is more rewarded than scholastic achievement. Thus, many students are more inclined to develop their jump shot than their study skills. Some students are prompted to put everything they had into the present at the expense of their long-term future.

In some cases, long-term planning outside of athletics is non-existent. Their athletic identity is often created and nurtured at the detriment to other aspects of their development. With all of their attention on athletics, some students do not put in enough time to develop the study habits, knowledge and skills to compete in the academic arena.

We can use the same energy, effort and enthusiasm that has been used to achieve athletic success and transfer it to the educational arena. Furthermore, if we shift  our value structure and have a renewed focus on the development of internal traits like the ability to develop patience and delay gratification, then students will be more likely to cultivate the resilience and grit to master a field such as calculus.

If we emphasize the development of discipline and a strong work ethic and consistency, then we will see improved academic scores. If we champion the formulation of compassion, integrity and character, then students will have the heart to come back and invest in their community for a lifetime.

We can all help to reinforce the message of the benefits of delayed gratification and educational attainment. Education is tied to every critical issue facing economically disadvantaged communities. People from all walks of life can utilize their influence to emphasize educational achievement at all levels and help to create a new paradigm of belief and academic self-confidence.

As students develop themselves internally, their self-esteem and belief in their abilities will rise. Dr. John Hattie from the University of Melbourne ranks conditions and practices that have an influence on student achievement. According to Hattie, the No. 1 influence on student achievement is the student’s own expectation. Economically disadvantaged students are much more likely to be responsive to what they think you think about them.

This further highlights the need for a renewed focus on increasing the self-awareness, esteem and expectations of students going into the new school year. This inside-out strategy, based on developing intangible factors, is sure to produce dividends for our schools and communities during the 2016-17 school year and beyond.

Dr. Marcus Bright is a political and social commentator and executive director of Education for a Better America. He is also an adjunct professor of public administration and political science at Lynn University after previously serving in the same capacity at Florida Atlantic University and Florida International University.