Talladega College Forging Ahead to Perform at Trump Inauguration 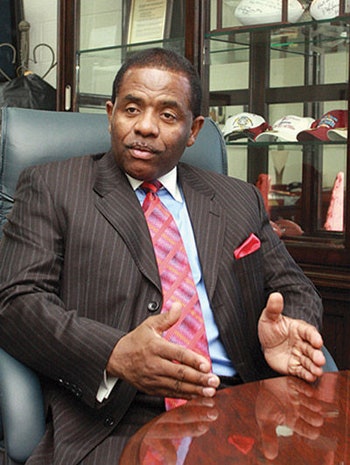 A statement from Talladega said that the chance to participate in an inaugural parade would be a teachable moment for the more than 200 member Talladega Marching Tornadoes band. The band was formed in 2012. Talladega is a historically Black college located in Alabama that was founded by former slaves in 1867.

“We respect and appreciate how our students and alumni feel about our participation in this parade,” Hawkins said. “As many of those who chose to participate in the parade have said, we feel the inauguration of a new president is not a political event but a civil ceremony celebrating the transfer of power.”

Alumni and members of the broader HBCU community took to social media to voice their opposition to Talladega’s participation in the inaugural parade since Friday, when the committee tasked with organizing inauguration activities released a list of the organizations expected to perform.

The statement from Talladega also included a statement of support from William Harvey, Hampton University president and Talladega alumnus.

“In my view, it is an honor to be invited to the inauguration of any President of the United States,” Harvey said. “The college and its band are celebrating the peaceful transition of power – a hallmark of America’s democracy and swearing in of a new President.”

A presidential inauguration is a high-profile event and a shot at national exposure for participating organizations. HBCU marching bands have performed in the inaugural parades of multiple past presidents.

According to CNN, the college learned it had been selected to participate in the inaugural parade on December 21 in a letter from the Presidential Inaugural Committee (PIC).

A celebratory post on Talladega’s marching band’s Facebook page dated to December 22 read, “Now hear ye hear ye! The Great Tornado has been chosen to participate in the presidential elect Donald Trumps inauguration parade! This a monumentus achievement for not only just the College and the band program, but for the entire state of Alabama! Keep us in your hearts and prayers as we vow to make you all proud!!”

The post sparked a long series of responses, some congratulating the band and others condemning the concept of an HBCU marching band performing at Trump’s inauguration.

As a former member of Florida A&M University’s famed Marching 100, John Q. Lennard can well understand the appeal of marching in a presidential inaugural parade. Lennard is the current director of bands at Tuskegee University, a private, four-year Alabama institution founded by Booker T. Washington in 1881.

But given the controversy surrounding Trump, who capitalized on anti-immigrant sentiment and was endorsed by members of the KKK during his run for presidency, the thought of performing in an inaugural parade in his honor gives Lennard pause.

“It becomes the question of exposure at what cost,” Lennard commented. “You have a candidate before he even ran for president who decided that the last president wasn’t legitimate and made an issue about his birth certificate.”

Tuskegee’s Crimson Piper band did not request to perform in this year’s inauguration, nor did they receive an invitation to do so. Lennard said that although it would have been a matter to discuss with the administration and band members, he could not imagine the band accepting such an invitation, had it been offered.

Washington, D.C. area bands opted to sit out this year’s inauguration, including Howard University’s Showtime band, which marched in Obama’s first inaugural parade. Band director John Newsom told NBC4 that the band was facing financial constraints, but that there were also other factors at play in the decision to not participate.

“I think everybody knows why and no one want to say and lose their job,” Newsom said.