A long and winding road led Dr. Devaka Premawardhana to northern Mozambique and anthropological research among the Makhuwa people.

When Premawardhana first visited Mozambique eight years ago, he was not seeking a particular community of any sort. Following leads he received from members of various religious communities that he encountered, his path gradually took him farther and farther north, until he found himself living among the Makhuwa.

“We have an opportunity when we study parts of the world that we’re quite unfamiliar with to rethink ourselves and to question our own positions and presuppositions,” Premawardhana says. 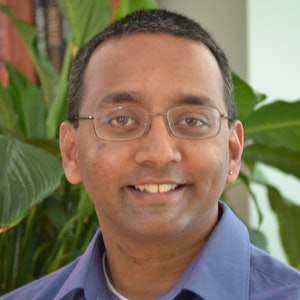 The communities that Premawardhana encounters in northern Mozambique are highly mobile, resisting historic and contemporary efforts to settle them in a single place. As they are mobile in place, so are they mobile in their religious persuasions. They occupy a liminal sort of space, Premawardhana says, at the fringes of multiple faiths, including their ancestral religions, Christianity, and even Islam.

When he is not engaged in anthropological research overseas, Premawardhana is an assistant professor of religion at Colorado College, in Colorado Springs, Colorado, where he specializes in Christianity in the global south. While Christianity is on the decline in its historic strongholds of Europe and North America, largely due to secularization, it is on the rise in Africa, Asia and Latin America.

Pentecostalism, a brand of Christianity with a particular emphasis on the personal experience of the divine, is thriving in many parts of the global south, and particularly in sub-Saharan Africa.

In the communities of northern Mozambique where Premawardhana has focused his anthropological research, however, Pentecostalism have failed to take root to the same extent among the Makhuwa with whom he worked. Its failure to do so, Premawardhana argues, has to do with the transient nature of life in that particular part of the world.

“We in the West, and perhaps especially in academia, tend to privilege the idea of settlement, of being established, of having a fixed sense of home or sense of being or identity,” Premawardhana says. “That’s quite different from the ways in which the people that I lived with think about well-being.”

In exploring the Christian denominations of the global south, scholars such as Premawardhana and others are investigating the presumptive future of the faith. As the number of adherents grow in these regions, they will shape Christianity to correlate with their cultural expectations and norms.

A number of influences inclined Premawardhana toward the study of religion. His grandfather was the principal of a seminary in Sri Lanka, the country where Premawardhana was born and lived for the first 18 months of his life.

Growing up in the United States, Premawardhana recalls visiting the local library with his father to take out records of Dr. Martin Luther King Jr.’s speeches and sermons.

“That, and many other examples of the productive role of religion in society, made me think that this is something that I’d like to continue to study and to think through and to work with,” he says.

After earning a bachelor’s in history at the University of North Carolina at Chapel Hill, with an eye to applying that degree to the study of religion, Premawardhana moved on to Harvard Divinity School, where he studied under Dr. Harvey Cox. Cox is a prominent and deeply influential theologian and the author of a long list of seminal works on religion.

Premawardhana spent two years living in Brazil, after Cox connected him with communities there. Mozambique was a natural place to visit after, with Portuguese being spoken in both places.

“He has achieved a considerable amount at this point in his career, in all areas that we value on campus from faculty,” says Dr. Sandra Wong, dean of the college and dean of faculty at Colorado College.