Texas’ population is expected to undergo a major demographic shift by 2040, when the state will be 59 percent Latino, according to the most current estimates. The state’s minority serving institutions (MSIs) have an important role to play in educating students of color, which in turn will prepare the state to meet the workforce needs of the future, as a new report from the Penn Center on Minority Serving Institutions (CMSI) reveals. 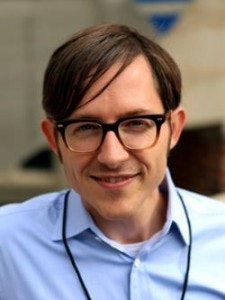 “As Texas goes, so does the nation: it is quickly becoming more racially diverse and comprised of people who speak languages other than English,” the report states. “Walls and borders will not dam the rising tide of diversity.”

Texas’ ambitious higher education plan, 60x30TX, seeks to raise the number of degree holders dramatically over the next 13 years. Currently, 35 percent of young adults in Texas age 25-34 hold an associate’s degree or higher. Texas’ goal is to raise that number to 60 percent by 2030.

“In order to meet those goals, more attention must be given to those institutions enrolling the majority of students who have historically not finished with a credential,” William Casey Boland said in an email. “Those are the less selective four-year institutions and the community colleges—the majority of which are MSIs.”

Boland, who is a Ph.D. student at the University of Pennsylvania’s Graduate School of Education and a research associate at CMSI, authored the report.

According to the report, Texas’ 63 MSIs already are leading the state in developing programs and curricula that serve minority students. Texas has the second largest number of MSIs in the nation, behind California. Of full- and part-time students attending MSIs, 46 percent are Hispanic, a proportion that can be expected to grow along with the burgeoning shifts in state demographics.

Two-year schools are also an important part of the equation, since more than half of Texas students enrolled in a four-year school transferred there from a two-year institution. Community colleges also represent the majority of MSIs.

“Lawmakers have prioritized research and state flagship institutions in terms of state appropriations and capital appropriations,” Boland said. “There’s been a push to build new research institutions. This comes at the expense of increased support for community colleges and MSIs.”

The report has a series of recommendations for institutions and policy makers, including an exhortation to increase protections for undocumented students and to consider revising the state aid to preference need-based aid over merit-based aid. Numerous studies have shown that merit-based aid tends to favor students from higher income brackets.