At the Conservative Political Action Conference this past week, President Trump must have been trying to show in his unique bombastic way that he, the Donald, was perhaps the greatest civil rights advocate since Martin Luther King Jr.

Why else would the self-serving Trump declare: “We all salute with pride, the same American flag. And we all are equal, totally equal in the eyes of almighty God. We’re equal.”

All it takes is a flag?

But apparently, some are more equal than others are, especially when it comes to the transgendered. 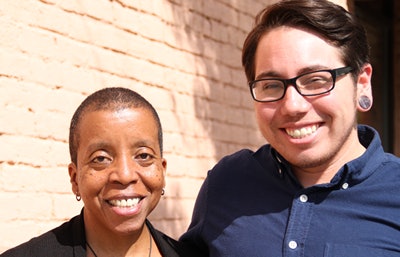 That’s even though Title IX’s clause on sex discrimination was supposed to take care of that in all of education.

But Trump’s words don’t match his deeds, when it comes to civil rights or bathroom rights. Trump, who just a month ago vowed to protect the rights of all Americans including the LGBTQIA, is going backward.

A day before he proclaimed to the conservative right how equal we all are, Trump went back on his promise and rolled back the Obama administration’s guidance on Title IX to school districts on the safety and inclusion of trans students.

But, of course, this is why we had a civil war.

Many in higher ed have already shown an embrace of the more inclusive policies.

Out of nearly 5,000 two-year and four-year institutions of higher learning, about 1,000 of them have what the organization Campus Pride calls “nondiscrimination polices that include gender identity/expression.”

On the Campus Pride website, you can find the list of higher ed institutions that include such examples as Tuskegee University in Alabama, as well as the University of Alabama.

In Mississippi, you’ll find Tougaloo College on the list.

And even Mississippi State.

They’re with the program.

But Ole Miss has been remiss.

But the real battleground over gender rights has been in the K-12 arena.

Previously, the Obama administration’s guidance ruled that the clause in Title IX that banned discrimination “on the basis of sex” in schools also included gender identity.

Trump’s reversal of the Obama guidance means the big showdown will be the lawsuit filed by the ACLU on behalf of 17-year-old Gavin Grimm, a transgender high school student.

The U.S. Supreme Court will hear that case on March 28.

In the meantime, school officials need to remember that the current guidance may have changed, but the law still stands.

“What we’re telling schools that have been doing the right thing and respecting the law and treating transgender students with respect, continue to do that, you’re complying with the law,” Demoya Gordon of Lambda Legal in New York told me.

“But any schools that decide based on the Trump action to start discriminating against trans students, Lambda Legal is prepared to file lawsuits for that violation of Title IX on behalf of trans students. Nothing that happened takes away the right of trans students to vindicate their rights in court.”

Lambda, along with the ACLU, filed a lawsuit on behalf of two transgendered clients: Joaquin Carcaño, a University of North Carolina at Chapel Hill employee, and Payton McGarry, a UNC-Greensboro student; and a lesbian, Angela Gilmore, a North Carolina Central University law professor.

Their case claims HB2 is unconstitutional because it violates the Equal Protection and Due Process clauses of the Fourteenth Amendment, discriminates on the basis of sex and sexual orientation, and is an invasion of privacy for transgendered people.

The suit also alleges the North Carolina law violates Title IX by discriminating against students and school employees on the basis of sex.

Gordon says many cases such as Carcaño’s are on hold while waiting on the Grimm case.

In the interim, Gordon said the Trump action has also caused a high level of confusion among trans students and employees across the nation about their personal safety.

It’s just another aspect of the Trump effect.

And it’s only been a month.

Emil Guillermo is an award-winning journalist and commentator who writes for the civil rights group AALDEF at http://www.aaldef.org/blog.