Morehouse: Despite Reports, John Wilson to Complete Term as President

The wording of the letter gave rise to a series of news reports that current Morehouse President John Silvanus Wilson had been abruptly ousted from his position. Morehouse college officials refuted such reports on Tuesday morning, saying that the letter had been misinterpreted. 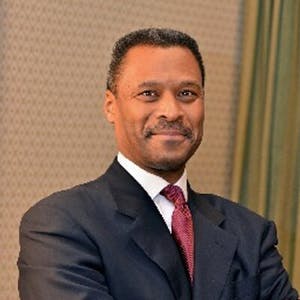 Davidson’s letter was intended to outline the next steps for the college during its current transitional phase in leadership, a Morehouse spokesperson told Diverse. Wilson could not be reached for comment.

According to Davidson’s letter, discussions about the search for an interim president — who would assume leadership of the college in July — will begin in April. Wilson and Taggart will both have leadership roles at the college for the remainder of Wilson’s presidency, a decision that Morehouse officials say is intended to help smooth out the transition process

Morehouse has seen a tumultuous past few months, after the board voted to not renew Wilson’s contract, which is set to expire on June 30. Reactions to Wilson’s four years of leadership at Morehouse have been mixed. Under his tenure, the college brought in an unprecedented $70 million in gifts, loans and grants, and saw an increase in enrollment numbers, among other achievements.

Others criticized some of the decisions made under his watch, such as a new campus policy that would have required all students live on campus housing. While Morehouse said that this would help foster a sense of community on campus, others said that it would place further financial burdens on students, who might be able to find less-expensive living accommodations off campus.

As is typical for outgoing presidents, Wilson is expected to remain at the helm of the college until the end of his contract. Wilson represented Morehouse at the HBCU Fly-In on Capitol Hill and at the White House last week, one of approximately 90 HBCU presidents who met with lawmakers and President Trump to discuss the future of the nation’s 101 HBCUs.

Initial news reports suggested that Wilson’s reaction to the HBCU Fly-In might have contributed to the board deciding to force him out. Wilson released a statement to the Morehouse community last week that characterized the meetings as “a troubling beginning to what must be a productive relationship.”

A college spokesperson told Diverse that insinuations that Wilson’s statement had contributed to the board’s recent letter were false.

The board’s decision to not renew Wilson’s contract in January was met with opposition from some Morehouse constituencies in January. Students said that there was a lack of transparency around the board’s decision, saying that members of the student government association were barred from having a voice in contract renewal meetings.

Davidson addressed some of those concerns in the letter on Monday, writing:

“I want to acknowledge some of the concerns raised by students and faculty related to the Board’s decision process regarding President Wilson’s contract. There are long-standing measures in place that provide guidance on participation in Board decision-making and these guidelines exist to protect confidentialities, eliminate potential conflicts of interest, and to ensure that those who cast votes hold no bias. It is important to note that leading up to the vote, the input of students, faculty and others was taken into account. In fact, prior meetings leading up to our January session included students, faculty and others to discuss the matter.

“Overall, the full board has been engaged in a comprehensive review of the facts and future direction of Morehouse College over the course of several Board meetings for the past two years. During our January meeting, a majority voted to invest in a new future for Morehouse. We are grateful to President Wilson for his significant contributions as President of Morehouse College and wish him continued success. He leaves our institution with a solid foundation upon which to build.”

Wilson joined Morehouse as its 11th president in 2012, and is a 1979 alumnus of the college. Taggart joined the Morehouse Executive Team in July 2015. According to a college press release, he previously was the president and CEO of Atlanta Life Financial Group, and the chief operating officer for the Office of Federal Student Aid, an organization within the Department of Education that distributes loans, grants and work-study dollars to college students.