Tuition Discounts not Paying Off for Private Colleges

Private nonprofit colleges are providing students a record level of tuition discounts, but those efforts have not been enough to stave off a steady decline in enrollment.

That is one of the key findings of an annual tuition discount study released today by the National Association of College and University Business Officers, or NACUBO. 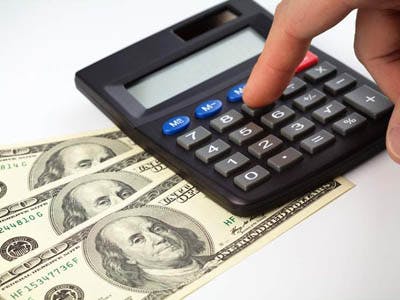 The study — actually an annual survey — found that average institutional tuition discount rates “continue to reach new heights” and jumped to 49.1 percent in 2016 — a record high and a full percentage point higher than the 2015 average of 48 percent.

The share of first-time, full-time freshmen who received an institutional grant of any amount also rose from 87.2 percent in the 2015-16 academic year to 87.9 percent in 2016-17, the survey found.

Kenneth E. Redd, director of research and policy analysis for NACUBO, said the study “suggests that many private colleges and universities are making great efforts to meet their students’ financial need.”

He noted that on average, more than 75 percent of all undergraduates — not just first-time, full-time freshmen — are receiving institutional grants, and that those grants cover half the tuition and fee price. He added that more than three-fourths of institutional grant aid is given to meet students’ financial need through a combination of need-based grants and merit-based grants awarded to students with need.

“For many students and families who want to attend private colleges, the results of our study should be somewhat encouraging news,” Redd told Diverse.

However, not everyone bought the positive spin that NACUBO put on its findings.

Among the critics is Stephen Burd, senior policy analyst in the education policy program at New America, a left-leaning think tank based in Washington, D.C.

“NACUBO does go out of its way to try to put the best spin as they can on how these practices are affecting students, by counting ‘merit aid’ that goes to financially needy students as need-based aid,” Burd said. “It’s important to point out that at expensive private colleges, fairly well-to-do students can have some financial need because the prices are so high.

“So just saying that the money is going to students with financial need is a bit misleading,” Burd continued. “In other words, students who come from families making $100,000 a year may show need when attending colleges that have a total yearly cost of attendance of $70,000 — including tuition and room and board, which most four-year private college students pay.”

Burd also said the NACUBO study is important “because it shows the damage that private colleges are inflicting on themselves with their tuition discounting strategies.”

“There is a red-hot arms race occurring among selective private colleges for the best students they can get, as well as the wealthiest,” Burd said. “The richest schools — with billion dollar and even multi-billion dollar endowments — can afford these practices.

“However, the vast majority of private colleges have small endowments,” Burd continued. “As a result, their high-tuition, high-aid model is putting a lot of these schools at risk, as their net tuition revenue is barely rising.”

Indeed, the NACUBO study found that rising discount rates have led to much slower growth in net tuition revenue.

Burd said it’s “unclear whether most schools are deriving much benefit from discounting since more than half of the schools that provided enrollment data to NACUBO saw their enrollments drop.”

Redd, of NACUBO, harbors no illusions about the challenges that private nonprofit colleges face as they seek to attract more students through tuition discounts.

He noted that the study found that about four out of ten study respondents said that their current tuition discounting strategies are “either unsustainable or are sustainable for only the short term.”

“These findings suggest that a fairly large share of private nonprofit schools are beginning to experience financial strain in part due to their spending on financial aid,” Redd said.

Redd said demographic shifts are among the culprits behind drops in enrollment.

“One reason many colleges are seeing fewer students is that they are facing declining numbers of high school graduates in their areas, which leads to decreasing numbers of prospective first-time freshmen,” Redd said. “These demographic trends are making it harder for schools to meet their enrollment goals.”