Georgetown Law School has made the decision to begin accepting GRE scores in addition to LSAT scores for applicants to its 2018 entering class, the institution announced recently.

“Going forward, Georgetown Law applicants may opt to submit either GRE or LSAT scores, or both,” according to a Georgetown Law news release.  “These will continue to be considered as one part of the overall holistic selection process.” 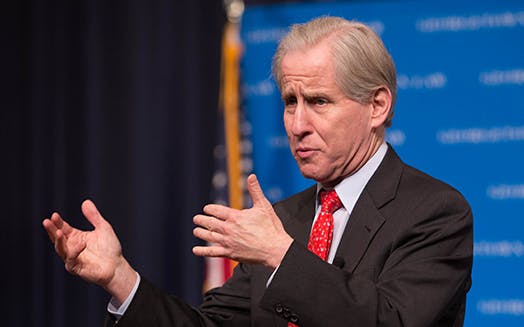 Andrew Cornblatt, Georgetown Law School Dean of Admissions, told Diverse the decision “will widen the applicant pool and make more attractive law school and hopefully the legal profession to more different kinds of students. We think that’s all to the good, we think it will more reflect what society looks like, and we’re excited to see what happens.”

Cornblatt also said Georgetown Law has also conducted a study that explored the correlation between its students testing scores and academic outcomes. The school was able to conclude that the results of both the GRE and LSAT, can forecast one’s success academically.

The LSAT and GRE exams are typically viewed as great predictors of a student’s success as they pursue education beyond the undergraduate level. However, even with the same mission, the two tests are very different.

“Right now the LSAT is given four times a year, it’s very expensive, and very expensive to prepare for it,” says Cornblatt. “The GRE, in our judgment, is a much more accessible test to more students, and more applicants out in the world. And, we feel like one of the outcomes will be that our applicant pool will now be broader. It won’t just be the typical people you would think apply to law school.”

The LSAT is designed specifically for admission to law school, and consists of an essay, testing on logical reasoning, analytical reasoning, and reading comprehension. The test is administered fewer times than the GRE and costs a basic fee of $180.

The GRE, which can be applied to a number of disciplines, covers verbal reasoning, mathematics, and analytical writing. The test costs $205 and students are able to take the test one time, every 21 days, up to five times over a 12-month period.

“The guardrails for applications have been narrow for quite some time, and we think now that it’s time to broaden those guardrails and welcome in more different kinds of applicants,” Cornblatt says. “It doesn’t mean the admissions process is going to get any easier. It doesn’t mean that it’s going to be any less rigorous. It will probably be even more so because we expect more applications, but we’re going to see more different kinds of people I think applying now, which I think is all to the good.”

According to the news release, “The move comes ahead of the American Bar Association’s annual meeting that starts this week in New York, where its Council on Legal Education will consider potential changes to the ABA policy that requires law schools to use a “valid and reliable admission test” in their admissions process.”

The adoption of GRE scores as part of admissions requirements has come at other law schools including University of Arizona, Harvard, and Northwestern.