The White House Initiative on HBCUs annual conference is scheduled for September 17-19. However, stakeholders within the historically Black colleges and universities community, have requested that the conference be postponed. They cite the fact that an executive director has yet to be announced and many have begun to question whether the Trump administration will be a strong advocate for HBCUs. 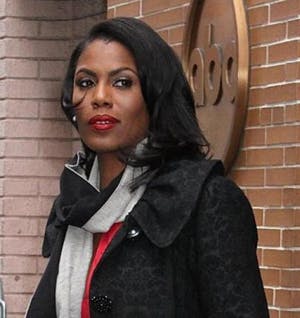 In a letter addressed to President Trump, U.S. Rep. Alma Adams –who serves as HBCU Caucus Chair — and other members of Congress detailed their argument for postponing the conference.

“Earlier this month, my colleagues and I asked the administration for an update on their progress regarding HBCUs,” says Adams, a North Carolina Democrat. Adams noted that in February, the president signed an executive order outlining greater investments and additional resources for HBCUs.

“It has become painstakingly clear that these promises are not being kept,” Adams stated in the letter. “In this current environment, and with zero progress made on any of their priorities, it would be highly unproductive to ask HBCU presidents to come back to Washington.”

Adams called upon President Trump and Secretary Betsy DeVos to postpone this year’s conference “until a serious effort has been made to advance issues important to HBCUs and their students.”

The conference, which is to be held in Arlington, Virginia, is a chance for HBCUs to commune while lobbying for more access to federal funding, research opportunities and internships for students. However, some HBCU leaders have become leery of attending because of the lack of a director combined with the president’s recent remarks in response regarding protests and attacks in Charlottesville, Virginia, that were perceived by many to be pandering to White supremacists.

Johnny Taylor, president and CEO of the Thurgood Marshall College Fund (TMCF), who was out of the country and unavailable to provide further comment, has submitted a letter to Trump liaison Omarosa Manigault-Newman, suggesting a postponement. Taylor contends that the efforts and opportunities of the conference “may be overshadowed by compelling stakeholder concerns related to recent national events, ultimately making the conference counterproductive.” Taylor also says that a number of HBCU leaders who were planning to attend will no longer be present at the conference.

Paris Dennard, senior director of strategic communications at the TMCF and a GOP political commentator and strategist, says that Taylor is proposing that the conference be postponed and not canceled, based upon feedback that has been received from HBCU leaders, citing the issue of no executive director and no president’s board of advisors.

Lezli Baskerville, President and CEO of the National Association for Equal Opportunity in Higher Education, agrees that it is important to have the “right executive director” appointed, and says that if members of the HBCU community decide not to attend the conference, then they may forfeit the opportunity to “access and leverage the resource persons who are confirmed to be on hand.”

Baskerville issued her statement in a letter to HBCU presidents and chancellors, where she also made it clear that President Trump’s response to the “national disgrace that was Charlottesville and the false equivalency he made between the Nazis/white supremacists and those who opposed them” have many people questioning his competence as president.

The current administration has been cited as the only one to make it to August without appointing a leader for the position since it was officially established under President Carter.

“The President appears to be taking a deliberative rather than an activist approach to his selection,” says Baskerville. “An activist approach would be for him to advance his own candidate and attempt to convince key stakeholders that his candidate is the right choice.  The deliberative approach requires more time but it engages key stakeholders in identifying and enlisting candidates the Community believes will best serve its interest.  I want us to have the best ED possible, as soon as possible.”

Meanwhile, Manigault-Newman, assistant to the president and director of communication for the Office of Public Liaison, has released a statement saying the conference, officially titled the 2017 National Historically Black Colleges and Universities (HBCUs) Week, will be held Sept. 17-19.

“President Trump’s commitment to the HBCU Community remains strong and unwavering, Registration is currently at capacity and we are looking forward to welcoming HBCU presidents, students and guests,” the statement said. It also said an announcement about the HBCU executive director and the board would be announced at the conference.