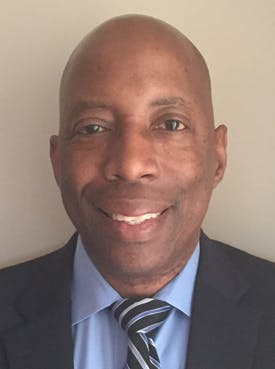 “By hiring a former for-profit college executive to police for-profit colleges, the Trump administration is turning the Education Department from a defender of students and taxpayers to an accomplice in the fraudulent and predatory practices of for-profit schools,” said Rep. Mark Takano, D-Calif.

The Department of Education did not respond to a request for comment from Diverse.

Robert Shireman, senior fellow at The Century Foundation, where he focuses on for-profit college accountability and consumer protection, said Schmoke’s appointment is disturbing for reasons that transcend his former ties to DeVry.

“Schmoke’s appointment is alarming not because of his stint working at a for-profit college, but because of his complete lack of appropriate experience in law enforcement and consumer protection,” said Shireman, who served as deputy undersecretary in the Department of Education under President Barack Obama.

Shireman also is the architect of the Obama administration’s gainful employment regulations, which targeted for-profit colleges but which DeVos has put on hold as the department seeks to rewrite the rules.

“Further, the position has been downgraded,” Shireman said of Schmoke’s position, noting news reports that indicate Schmoke will report to the department’s compliance division — which he said deals with mostly minor issues — whereas his predecessor — Robert Kaye — reported directly to the head of the Office of Federal Student Aid, who at the time was James Runcie. Runcie resigned the post earlier this year after refusing to testify at the behest of DeVos at a Congressional hearing on improper financial aid payments.

“These moves are the functional equivalent of eliminating the enforcement division,” Shireman said of the downgrading of the chief enforcement position.

One of the ironies of Schmoke’s appointment is that Schmoke’s predecessor — Kaye — held the position when the department reached a settlement last year with DeVry.

The settlement — which Diverse reported here — required DeVry to stop making its repeated claim that since 1975, 90 percent of graduates from DeVry’s undergraduate programs who were in the active job market got employed in their field of study within six months after graduation.

But is it fair to judge Schmoke on the actions of his former employer? The question is especially relevant since Schmoke moved on to work at a public college and had only a limited role at DeVry.

Diverse reached out to Schmoke via his LinkedIn profile but did not get a response. Someone quickly changed a Twitter account that apparently belongs to Schmoke — @DrJSchmoke — from public to private late Wednesday afternoon just as the Twittersphere lit up with criticism of Schmoke.

Diverse reviewed some of Schmoke’s Tweets prior to them being made private but they were too subject to interpretation to draw any firm conclusions about his political views, although a few were evidently in defense of President Trump.

An older Tweet from Schmoke quoted a lyric from the rap group Public Enemy’s the 1989 classic “Fight the Power” that is generally thought to convey the idea that African Americans are in a lesser position because of lack of insight on how the power structure works: People, people we are the same / No we’re not the same Cause we don’t know the game

Schmoke served as associate program dean for the college of engineering and information sciences at DeVry. He left DeVry in 2012 to become executive director of campus operations at West Georgia Technical College, according to his LinkedIn profile.

● Meanwhile, he worked on obtaining his Ph.D. in educational leadership from Mercer University.

His dissertation — submitted in February of 2016 — is titled “The relationship between institutional expenditures and student retention at baccalaureate degree granting public and private institutions.”

A full copy of the dissertation is not available online but Diverse obtained a copy late Wednesday.

Schmoke’s dissertation states: “The findings of this study suggest that a strategic resource allocation strategy can improve first-year retention and graduation rates, and further suggest that resource allocation strategies that can best mitigate the challenges that make it difficult for students from low socioeconomic status students (sic) to succeed in college will have greatest effect on improving first-year retention.”

However, Schmoke concedes in the dissertation that it only provides “‘bread crumbs’ to follow that could help scholars begin to become more aggressive in their research of the challenges faced by students from low socioeconomic status backgrounds in completing college.”

Steve Gunderson, president and CEO of Career Education Colleges and Universities, or CECU, the for-profit college sector’s lobbying organization, said he didn’t know enough about Schmoke to speak to his experience or qualifications.

“But I can tell you this, the Department has already put in place very strict guidelines that prevent any conflict of interest on decisions impacting a new employee’s former professional experience,” Gunderson said. “This Department is well aware that its critics will use anything against them so they are being very careful on ethics and process matters.”

To bolster his point, Gunderson noted that Robert Eitel, a former attorney for for-profit college operator Bridgepoint Education who now serves as special counsel at the department, “made clear that he would not even participate in conversations on issues that could impact his former employer.”

“So I am confident that they will have the same strict guidelines impacting any decisions that come before Mr. Schmoke,” Gunderson said.

However, not everyone sees Eitel as a good example. U.S. Sen. Elizabeth Warren (D-Mass.), for instance, recently sent Secretary DeVos a letter that raises questions about whether Eitel was involved in the suspension of gainful employment and borrower defense — two rules meant to protect students from predatory for-profit colleges. Warren has also questioned if Eitel provided any advice during a two month period early in the Trump administration when he still worked at Bridgepoint that could have affected the financial interest of Bridgepoint. Warren has requested a response by Friday.

Antoinette Flores, senior policy analyst at the Center for American Progress, said student and consumer advocates are “right to be skeptical” of Schmoke’s appointment.

“The role of the college enforcement unit is to investigate college fraud and misconduct at colleges. And the office should be led by someone who is highly qualified and independent,” Flores said. “Julian Schmoke has no experience for this role and his independence is questionable given his previous connection to DeVry.”

Flores said the appointment would be less concerning if DeVos and the Trump administration “hadn’t already made it very clear based on their actions — such as rolling back consumer protection regulations meant to protect students from bad actors — where they stand.”

“Schmoke will be in charge of investigating places like DeVry and determining whether students should have their loans forgiven, like the thousands still waiting for relief,” Flores said. “Students need a strong voice in the Department of Education and Schmoke doesn’t fit. “