PHOENIX — When it comes to diversity, officials at the University of Phoenix are not particularly shy about touting their numbers. 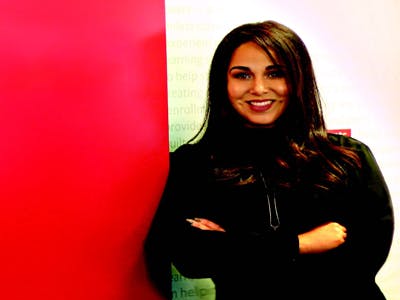 Nor should they be. By all accounts, the numbers are pretty darn impressive. In spite of some of the age-old criticisms directed at the private, for-profit college that was founded in 1976, the University of Phoenix has consistently been able to accomplish what many brick and mortar campuses have set out to do without much success: attract minority groups.

That process, however, has not been an easy feat either. University officials say that it has been a concerted effort that has included, among other things, targeted state faculty recruitment plans and aggressively courting individuals who might study at the virtual university that now boasts more than 140,000 students.

Now, the university is stepping up its efforts to focus even more attention on inclusion and climate issues, all the while expanding its outreach efforts across the nation.

The university’s Office of Multicultural Affairs & Diversity, headed by Dr. Angie Williams, has been leading the charge. Established in 2015, the office has been at the forefront of promoting cross-cultural understanding and forging collaborative relationships with existing national organizations, particularly those that work directly with Hispanics.

Saray E. Lopez, 34, the assistant dean of community outreach & inclusion, has been the public face of several of these new initiatives, helping to strengthen the institution’s connection more specifically to the Hispanic community, which already has a strong and vibrant presence throughout the city of Phoenix.

“Saray has been a driving force in the university’s efforts to create awareness about the rich, diverse nature of our student population and the staff and faculty who support and serve them,” says John Ramirez, dean of operations in the School of Advanced Studies at the University of Phoenix. “She has built strong, robust, collaborative partnerships, locally and nationally, to promote the importance and relevance of the Hispanic community and the many contributions — socially, economically and politically — Hispanics have made and will continue to make on our great nation.”

Lopez’s boss, Williams, agrees. “Saray is an integral part of University of Phoenix’s mission to help make higher education goals a reality for working adults of all backgrounds, while elevating the discussion of diversity and inclusion with faculty, staff, students and the community,” says Williams. “Her commitment to diversity is evident in her day-to-day activities and the passion she shares to make the world more inclusive.”

For Lopez, the opportunity to do community engagement work and to help nontraditional learners — particularly those who are people of color — is a dream come true. Lopez came to understand the importance of education from her parents. Although they were laborers with limited education, they encouraged her to pursue her studies.

“Growing up, the value of education was just engrained in me and my family,” Lopez recalls, sitting in a conference room at the corporate office building that houses the University of Phoenix. “It has been crucial and important. I am a first-generation college graduate.”

Like so many others, Lopez’s parents moved to the United States, crossing the southern border, to provide Saray and her older brother, who were born in America, with “the American dream.”

While the Lopez family settled in Utah, they eventually decided to relocate their family back to Chihuahua, Mexico, to be close to family and to ensure that the children would learn Spanish and understand their culture and rich traditions.

Saray attended school there until she was 16, when the family moved back to Utah, where she had to learn English all over again.

After earning a bachelor’s degree from Utah State University, Lopez worked as an international buyer, which provided her with an opportunity to live in Nanjing, China, and later working with a cultural immersion program in Guadalajara, Mexico.

Now, working alongside Williams, Lopez has been tasked with helping the University of Phoenix find innovative ways to expand and broaden their inclusion work. It’s a challenge that Lopez says she welcomes.

“Diversity is so broad, so there is plenty of work to do,” she says, adding that she has begun to work with other demographic groups, including veterans and the LGBTQ community.

Lopez, who is pursuing a doctorate in Leadership and Change from Antioch University, lauds the administration at the University of Phoenix — including the university’s new president, Peter Cohen — for making diversity a cornerstone of the university’s mission.

“Our leadership recognizes the need to genuinely commit to diversity and inclusion to better serve our students, alumni and community,” says Lopez, who is an active member with the American Association of Hispanics in Higher Education and a member of the Arizona Hispanic Chamber of Commerce. “It’s something we truly value.”

Dennis F. Bonilla, executive dean of the School of Business and College of Information Systems & Technology at the University of Phoenix, says that Lopez has been a welcome asset at the university.

“Saray has been instrumental in raising University of Phoenix’s internal performance standards for community engagement, not just for the Hispanic community, but in all our engagements around diversity and inclusion,” says Bonilla. “Her combination of passion and competence has provided inspiration for others to also raise their game in all our important outreach initiatives.

“We are fortunate to have someone with her skills, abilities, and most importantly, her contagious positive attitude on the University of Phoenix team.”