The portion of students defaulting on their federal student loans inched up 11.3 to 11.5 percent, data released Wednesday by the U.S. Department of Education show. 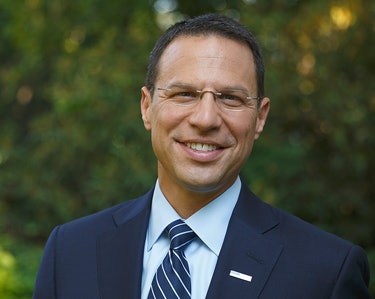 The rise marks the first increase of the three-year federal student loan cohort in four years, setting off fears that student loan borrowers may be faring worse in the years to come given the department’s efforts to roll back various protections.

“Now is the time to be improving student loan policies and increasing oversight and accountability, but the department is doing the opposite,” said Pauline Abernathy, executive vice president at The Institute for College Access & Success.

“Those borrowers attended 6,173 postsecondary institutions across the nation,” the statement said. “Over the past five years, the rate has decreased 3.2 percentage points from a high of 14.7 percent to 11.5 percent today.”

The fiscal 2014 cohort default rate refers to the percentage of a school’s borrowers who entered repayment on loans through the Federal Family Education Loan (FFEL) program or William D. Ford Federal Direct Loan (Direct Loan) program between Oct. 1, 2013 and Sept. 30, 2014, and who subsequently defaulted prior to Sept. 30 of last year, the statement said.

Kim Dancy, a senior education policy analyst at New America, said: “In general, it is surprising that the default rate went up when there are so many better options for borrowers hoping to avoid default, like deferment or income based repayment, which don’t have the negative consequences that come with default.”

Student borrower advocates have lamented that the department — under U.S. Secretary of Education Betsy DeVos — is seeking to undo Obama-era regulations and initiatives meant protect students.

Many of those concerns are repeated in a letter that Pennsylvania Attorney General Josh Shapiro and a coalition of attorneys general sent on Tuesday to DeVos.

Among other things, the letter claims the department has “falsely asserted it has exclusive jurisdiction over companies that service federal student loans when, in fact, student loan servicers are under the jurisdiction of the [Consumer Financial Protection Bureau], Federal Trade Commission, Department of Justice, Attorneys General and other law enforcement agencies.”

The letter also raises concerns about the department’s “roll back of the Borrower Defense and Gainful Employment Rules,” meant to provide relief to defrauded students and to hold for-profit schools accountable, respectively.

“The only beneficiaries of the Department’s sweeping rollbacks of consumer protections are the loan servicers and for-profit colleges, and their executives and investors,” Shapiro states in the letter. “We strongly recommend the Department of Education focus its efforts on removing the ability of schools selling worthless educational programs to obtain federally guaranteed student loans.”

The Department of Education did not respond to a request for comment. However, in its statement, the department maintained that it is “committed to helping borrowers successfully manage their federal student loan debt by providing a wealth of information and resources,” including how to find an affordable repayment plan.

The statement also listed seven proprietary schools, two public, and one private institution that face the loss of eligibility to participate in or expand their federal aid programs due to default rates that were either 30 percent or greater for three straight years, or were more than 40 percent for the most recent year, or both. The potential sanctions are pursuant to the Higher Education Opportunity Act of 2008.