Since the “Operation Varsity Blues” scandal first made headlines, celebrity court proceedings have continued to dominate news coverage. Just this week, myriad media reports from across the country focused on actress Felicity Huffman’s guilty plea for her role in the cheating scam. But the larger issues of access to higher education and the ongoing and substantial efforts by colleges and universities to address systemic inequity have scarcely been covered in the wake of the scandal. Nor has the effect of those efforts.

The disadvantages for our country’s most vulnerable students — lower-income, first-generation, under-represented students — are numerous. From the release of lists of legal ways to subvert the admissions process, to the realization that standardized test scores can be bought and sold, it has been made painfully clear that students of wealth and privilege have all of the advantages when it comes to higher education. 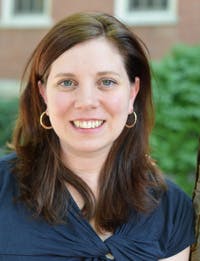 But perhaps this scandal, rather than exemplifying a rigged admissions process that reinforces structures of privilege, is actually, at least in part, a byproduct of efforts to fix the system.

Over the last three years, several of the country’s prominent colleges and universities have introduced new and significant financial aid programs, unveiled outreach events to connect with first-generation students and those from lower-income backgrounds, and created new supports to improve degree attainment for all students.

This year, Virginia Tech made adjustments to its admissions process that resulted in a record-setting applicant pool — it wasn’t its largest, but it was its most diverse in school history. Applications increased four percent for first-generation students, three percent for Hispanic/Latino students, 13 percent for African-American students, 19 percent for Native American students, and 16 percent for veterans.Last spring, the University of Chicago expanded its program that provides full financial support to children of firefighters and police in Chicago to include children of first responders across the U.S. And in March, the University of Pittsburgh announced a groundbreaking financial aid program for Pell Grant recipients that matches their federal awards with institutional grants.

Similarly, in announcing recently admitted classes of 2023, colleges and universities with exceptionally low acceptance rates touted the changing composition of their first-year classes.Yale reported that the number of first-year students with Pell Grants is 98 percent higher than it was five years ago. Meanwhile, the percentage of low-income students attending Princeton has tripled over the last decade.

Positive trends like these are representative of those of the entire Coalition for College, a collaboration of more than 150 colleges and universities dedicated to improving access, affordability, and success in the college admissions process. The Coalition aims to make college an option for all students, particularly those from historically under-represented groups.

There is no doubt that more work must be done to level the playing field, but the significant and persistent efforts by colleges and universities to enroll more first-generation students, more Pell-eligible students, and more underserved students in general are clearly having an effect — a displacement effect, wherein those who had grown accustomed to the status quo are being displaced by those who have rightfully earned their spot.

When university presidents set goals for enrolling higher percentages of first-generation students, alumni who had counted on a legacy acceptance must recognize that their children are not guaranteed a spot at their alma maters. Similarly, when colleges vow to increase the percentages of students who are awarded federally funded Pell Grants, donors who had assumed admittance based on wealth must now realize that there are fewer spots available for their children.

It is true that some people, based on wealth or legacy, have come to expect — and often have received — special consideration in the admissions process.  But the tides are changing and efforts to improve access to higher education are likely to cause discomfort for those people who have historically benefitted from an unequal system.

So, in the midst of recent events, we must turn our focus to our country’s most vulnerable students who may read the headlines and wonder: If opportunity can only be bought and sold, where does that leave me? If college is a bastion of elitism, how do I belong? And if the deck is stacked, why should I bother to apply?

To these students, there is a counter-narrative to the ubiquitous scandal coverage: The deplorable actions of those implicated are indicative of the diminishing influence of privilege in college admissions. Don’t let their crimes discourage you from applying to college and don’t opt out.

Students deserve access to higher education, regardless of zip code, last name, or family income. Coalition schools — and many other colleges and universities — seek every chance to support students by continuing to make the admissions process more equitable. Everyone deserves the opportunity to achieve their goals — and make college dreams a reality.

Annie Reznik is the director of the Coalition for College, a collaboration of more than 150 colleges and universities dedicated to improving access, affordability, and success in the college admissions process.