After serving as San Diego Community College District’s (SDCCD) chancellor since 2004, Dr. Constance M. Carroll has announced she will retire in 2021. 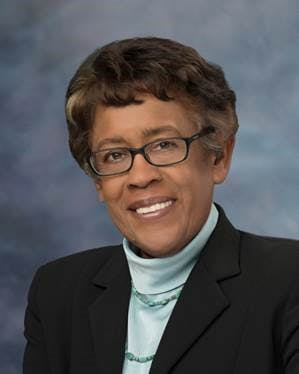 As the longest-serving chancellor in the district’s history, Carroll has overseen major changes within the state’s second-largest community college district, including “unprecedented student success” and more than $1.4 billion in new construction activity.

In 2011, Carroll was nominated by former President Barack Obama and confirmed by the U.S. Senate to serve a six-year term on the National Council on the Humanities.

“Constance is recognized both locally and nationally for her transformational leadership and during her time as chancellor, the SDCCD has established itself as one of the leading community college districts in the nation known for its deep commitment to social justice,” said SDCCD’s Board President Dr. Maria Nieto Senour.

Senour says the district will soon begin a national search for Carroll’s replacement.

Prior to her chancellorship, Carroll served as president of San Diego Mesa College—the district’s largest school—for 11 years. She holds a bachelor’s degree in humanities from Duquesne University as well as a master’s degree and Ph.D. in classics from the University of Pittsburgh.

Though retiring, Carroll says she plans to continue service in education and in cultural organizations.

“Everyone who knows me knows that my life is about service,” said Carroll. “In closing this particular chapter in my professional life, I will be opening a new one which is designed to provide new opportunities for people who want to reach new heights in their lives and careers.”