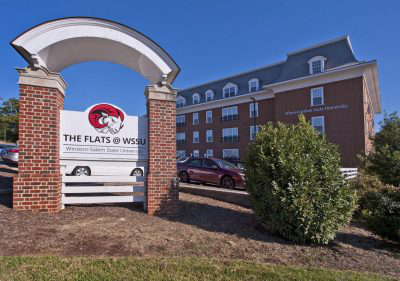 “We were introduced to Winston Salem State about three years ago and our interest grew as we learned more about this incredible university,” Reilly said. “When we understood that more than 40% of WSSU students are first generation, and many more of modest means, we felt like we had to invest. It became clear that Winston Salem State University truly sits at the nexus of opportunity and resources coming together to change a person’s life. It may present the greatest point of leverage in higher education today.

The couple had already created a $50,000 emergency student fund prior to the campaign.

“These students were not returning to finish degrees after they had done the hardest part—getting in, getting through two or three years and then being sidelined by small financial impediments. It was tragic,” Cullinan said.

“Winston-Salem State University is our community’s main branch of the University of North Carolina System,” Reilly said. “It should be commanding the kind of resources that other schools in the system do.”

The Graduate! Network: From Stop Out to A Degree

The Graduate! Network: From Stop Out to A Degree